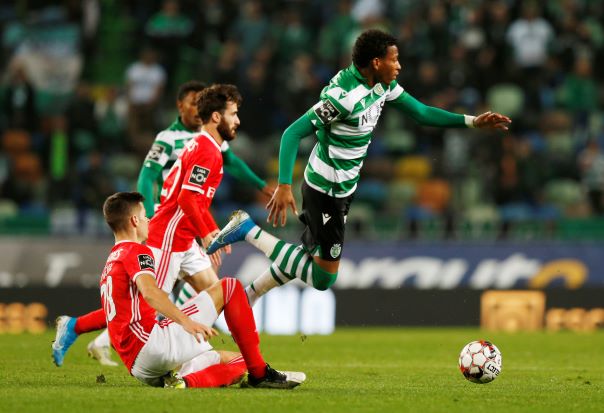 Leicester City have been linked with a move for Sporting Lisbon winger Gonzalo Plata, but they face competition from a former manager's new club.

According to The Sun, the Foxes and Watford – now under the stewardship of ex-Leicester boss Nigel Pearson – are eyeing 19-year-old Ecuador international Plata.

Plata has broken into Sporting’s first-team this season, where he has made 17 appearances in all competitions, scoring twice and providing one assist to date.

He is still fairly raw though and only four of his eleven league appearances have been starts, which suggests he is yet to fully gain the trust of his manager.

Reports that Sporting want up to £40million for him are to be expected, given the Lisbon club’s hardline stance over several of their players touted for moves to England in recent seasons, such as Bruno Fernandes and William Carvalho.

Portuguese newspaper A Bola reported that Manchester City wanted to sign Plata last summer after he impressed at the Under-20 World Cup, but he opted to join Sporting instead.

Meanwhile, Leicester could face a new rival for the signature of a player at the other end of the experience spectrum to Plata.

Lazio have reportedly joined the Foxes in the race to sign Liverpool midfielder Adam Lallana.

Calciomercato claim the Roman club, who are set to qualify for the Champions League next term, are keen on the England international.

Last month Leicester boss Brendan Rodgers denied that they had made any approaches for the Liverpool midfielder.

Lallana, 31, is out of contract in the summer and can leave Anfield on a free transfer.

Rodgers was in charge of the Merseysiders when Liverpool signed Lallana from Southampton for £25million in 2014, but he insisted no contact had been made with the player’s representatives.