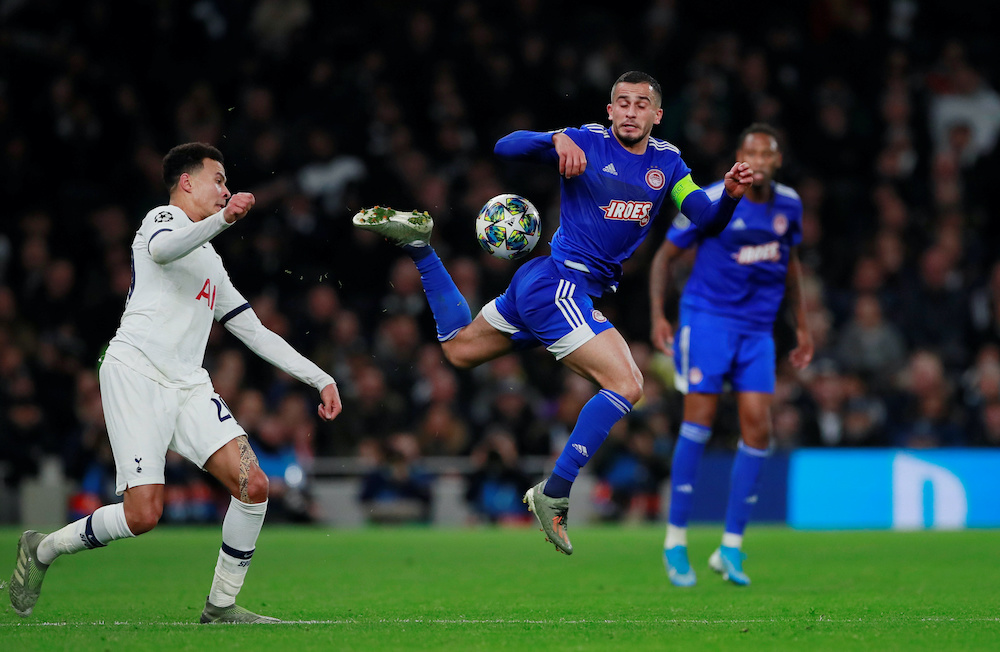 Leicester City are keeping a close eye on Omar Elabdellaoui's situation at Olympiacos as they seek to bring in some cover at right-back.

The Foxes suffered a devastating injury blow just before the Premier League was suspended due to the coronavirus outbreak when they announced that Ricardo Pereira would miss the rest of the season.

The Portugal international ruptured his cruciate knee ligament during the 4-0 win over Aston Villa and faces around nine months on the sidelines.

While boss Brendan Rodgers has a ready made replacement available in the form of James Justin, it is being reported that they are considering other options to fill in at right-back.

Speculation in the Greek press has claimed that Leicester are one of several clubs keen on Norway international Elabdellaoui ahead of his contract with Olympiacos expiring at the end of the season.

What a feeling! What a team! THIS IS OLYMPIACOS 🔴⚪️💪🏽🔥 pic.twitter.com/t3IBd7YPmZ

The 28-year-old is understood to want a deal worth 1.5million euros per year but Olympiacos are not willing to meet those wages demands and negotiations are thought to be at an impasse.

Elabdellaoui has been a regular in Pedro Martins’ starting line-up this season, making 38 appearances, and his performances have resulted in him being linked with moves to Arsenal, Burnley, Southampton, Aston Villa, Bournemouth, Watford, Crystal Palace, Valencia and Celtic.

The former Manchester City youngster was asked about the interest that has been shown in him last month but made it clear he was happy to remain at Olympiacos.

“There are always rumours and I know other teams have shown some interest but that’s it for me. I’ve not paid too much attention,” he said.

Elabdellaoui does have a knowledge of English football having been on the books of Manchester City as a youngster, while he had a brief loan stint at Hull City in 2017.

He struggled to catch the eye while with the Tigers, making just seven appearances, but he has kicked on since then and was one of Olympiacos’ standout players in their recent Europa League win over Arsenal.