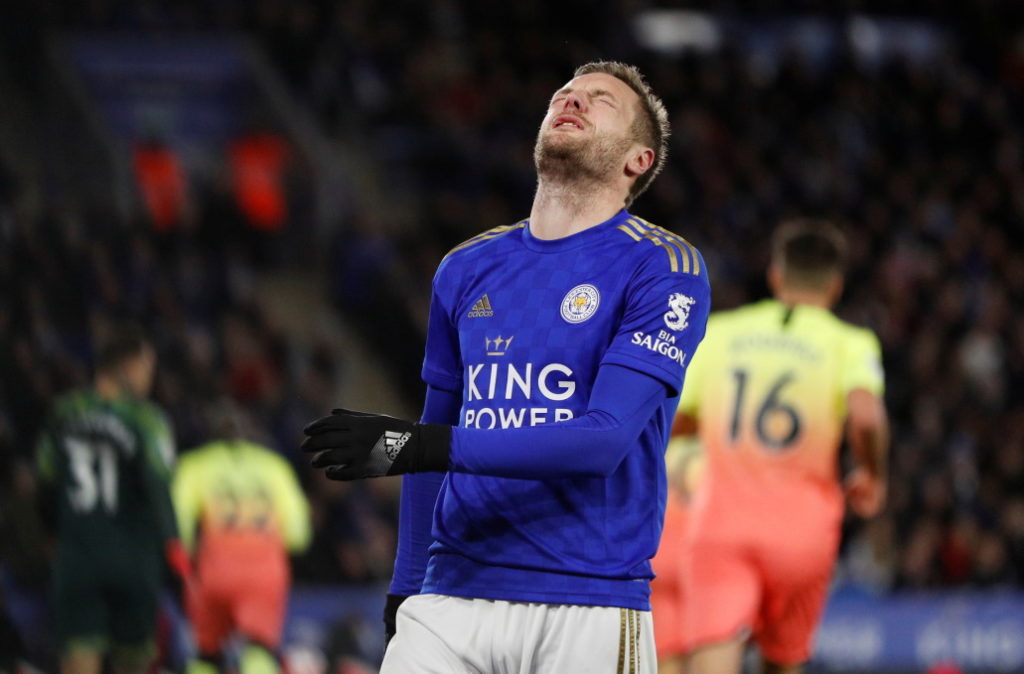 With football suspended for the foreseeable future due to the coronavirus pandemic, players, like the rest of us, have been finding different ways to keep busy.

We’ve taken a look at how players and clubs are filling their days and Jamie Vardy is passing the time by attempting to chip a football into his washing machine. Why not? There isn’t much else to do.

The Leicester striker isn’t too good at it, though, unlike his young son, who already seems to have a wand of a right foot, as this clip via the Foxes’ official Twitter account shows.

When you show your dad how it’s done 🙌#StayHomeSaveLives pic.twitter.com/7c8eKfxEwV

Lionel Messi got involved and produced a decent effort, although the multiple Ballon d’Or winner’s display was overshadowed by Liverpool youngster Harvey Elliott.

View the two clips and judge for yourself.

Messi is joining the stay at home challenge 🔥 pic.twitter.com/IaebGjpH1m

The video of Elliott’s cuts out before the end, so we can only presume he’s still going somewhere.

Sheffield United’s Ben Osborn had a different take on the whole thing. The panic buying of others may have left him short of toilet roll, but that is mere speculation.

Ben Osborn with a different take on the #StayAtHomeChallenge 😂👌pic.twitter.com/MgbKoiEPhe

Finally, we’ll finish with something short but sweet from League One strugglers Bolton Wanderers.

The Lancashire club came up with an isolation game, albeit one that takes about 10 seconds to complete, pairing Whites fans with former players and an activity.

Snakes and Ladders with Stelios, playing FIFA with Jay-Jay  Okocha or cleaning the garage with John Gope-Fenepej, I know which I’d prefer anyway.

Who is your isolation partner and what will you be doing?

Also, how long will it be before you fall out? 🤬#BWFC 🐘🏰 pic.twitter.com/JqicCENEDP