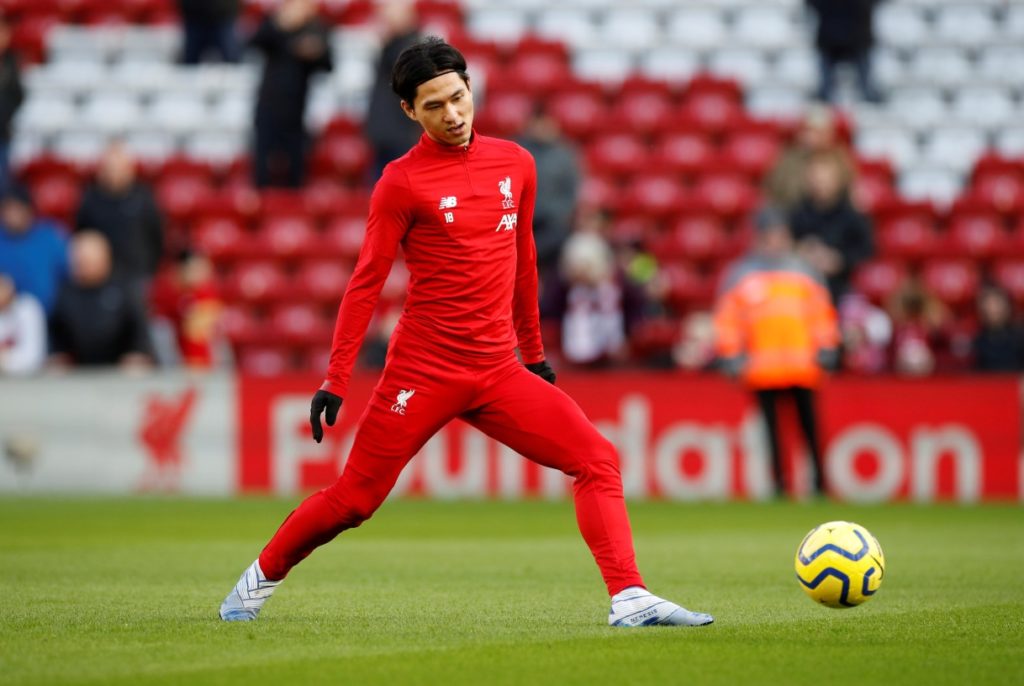 Takumi Minamino believes one of the secrets to Liverpool's recent success is the focus and intensity his new team-mates show every day in training.

Minamino was Liverpool’s only senior January transfer window signing, the Japan international joining the Reds from RB Salzburg in a deal worth around £7.25million.

The 25-year-old has already made two starts in the FA Cup and two substitute appearances in the Premier League for his new club and the attacking midfielder will be expected to play his part as Liverpool hunt for more trophies in the rest of the season.

Jurgen Klopp’s side sit well clear at the top of the league and are on the verge of ending the club’s 30-year wait for the title, while they are also through to the knockout stage in the Champions League and the fifth round of the FA Cup.

Their relentless winning run in the league, during which Liverpool have incredibly only dropped two points from 25 games, has left people trying to explain what’s behind their superb form but Minamino believes it’s pretty simple.

After observing his team-mates in training at Melwood, he says standards are very high every day as the first-team squad set about trying to achieve their goals.

“Even in the training sessions the level of focus and intensity is really high and the players’ motivation is also very high,” he said on the club’s website.

Minamino arrived on Merseyside with a good reputation after impressing at RB Salzburg, where scored 64 goals and recorded 44 assists in 199 games in all competitions, but he believes he will only improve at Liverpool.

He added: “By playing in the best environment I learn a lot every day and I can improve myself. I am very happy about being here.”

The new signing has been afforded time off at the moment as the mid-season break kicks in but he will be back in the first-team squad when the action resumes with a trip to Norwich City on February 15.