Trouble in paradise as Messi and Barca relationship hits the rocks 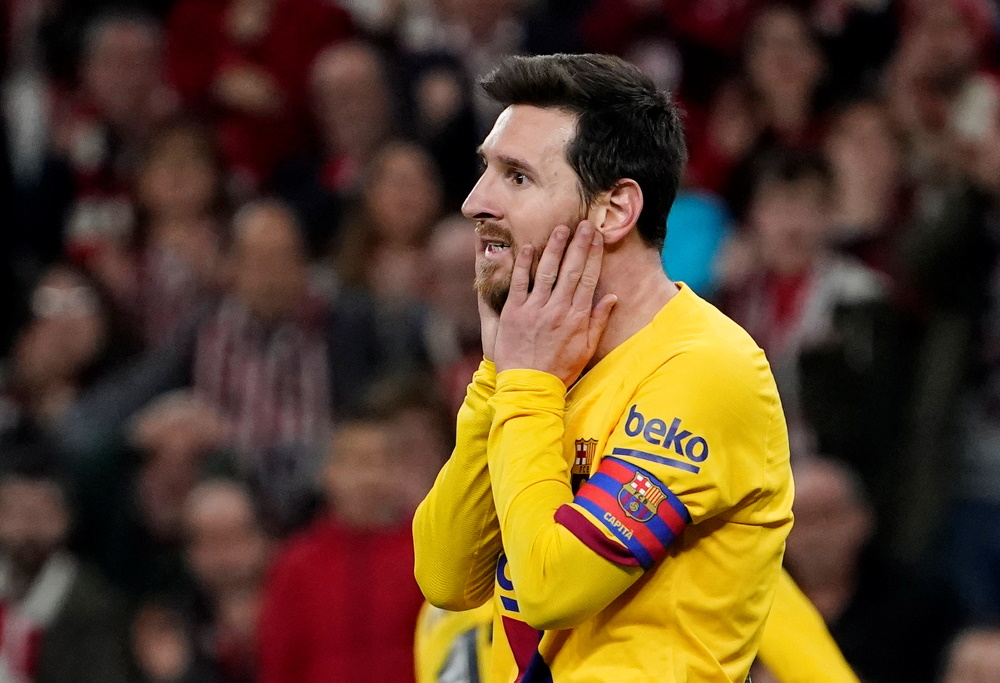 All does not seem to be well at the Camp Nou and once again Lionel Messi’s future in Catalonia has been brought into question.

Rumours are growing that the Argentine is not happy with the situation with the reigning La Liga champions and now the likes of Manchester City and Manchester United are being linked with sensational moves for the South American ahead of the summer.

Barca sporting director and former team-mate of Messi, Eric Abidal, has not helped matters at the club, after appearing to call out players on their efforts in the Blaugrana jersey this season.

Messi took exception to Abidal’s comments in a very public way and for this situation to be played out in the public sphere is the last thing Barcelona would have wanted ahead of a crucial spell in their season.

Barca are building towards their Champions League last-16 first-leg encounter in Napoli on February 25, as the club look to go a step closer to ending their wait for a European crown.

Unrest in the Barca squad will only do Napoli favours ahead of their meeting later this month and the Blaugrana could do with some clarification on Messi’s position before the trip to Italy.

This situation has not come out of the blue for those who follow Messi closely at Barcelona.

Eyebrows were raised a few months ago when the 32-year-old called into question how much effort Barcelona made to try and bring Neymar back to the club.

There were plenty of rumours the club were looking to do business with Paris Saint-Germain for the Brazil international but all fell quiet towards the end of the summer.

Messi will know all about the goings on behind the scenes at the Camp Nou and for him to say publicly that “I don’t know if they did everything they could” then did raise questions regarding the superstar’s future at the club.

Again, the lack of a replacement for the injured Luis Suarez might have rubbed Messi up the wrong way, as no short-term substitute was secured in the January transfer window.

All these things have built up to leave us where we are now and the big elephant in the room is yet to be addressed.

There is believed to be a clause in Messi’s contract that would allow him to leave on a free in the summer and a possible reunion with former Barca coach Pep Guardiola at Manchester City could be on the cards.