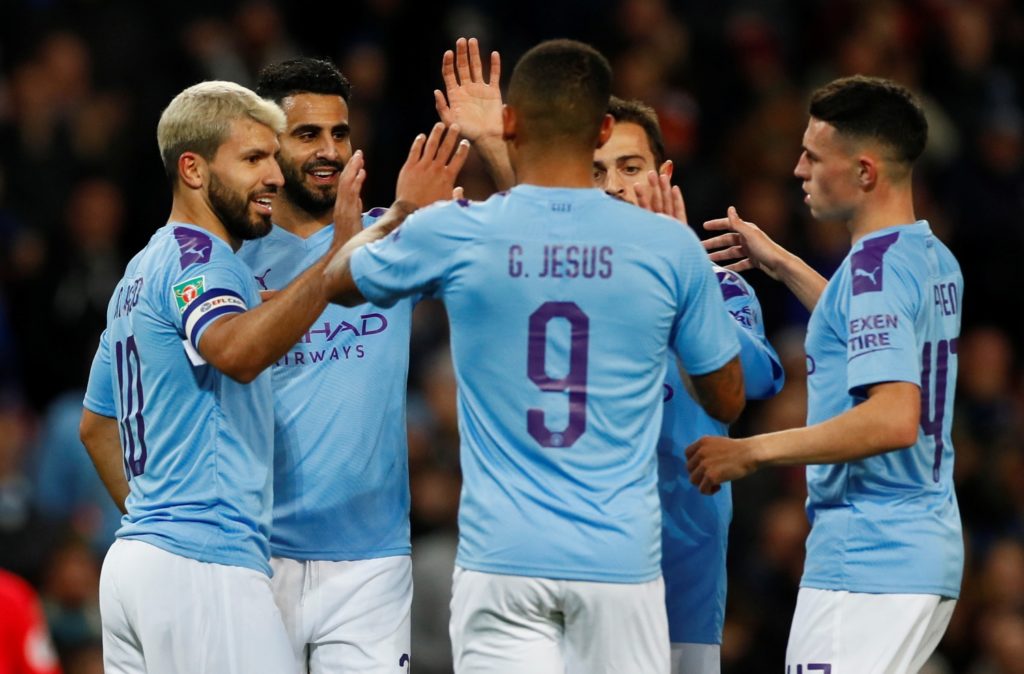 The Argentina international enjoyed a record-breaking weekend as he hit a hat-trick in City’s 6-1 demolition of Aston Villa on Sunday.

The victory saw City move up to second in the table after Leicester lost on Saturday but, despite the heroics of Aguero, a third straight league crown looks unlikely as Liverpool are 14 points clear at the top, with a game in hand.

Boss Pep Guardiola has said City should “forget” about defending their league crown, but Aguero has a different viewpoint to the Catalan coach.

“I don’t know what will happen from now until the end of the season, but it’s a moment to enjoy,” Aguero said, as reported by the Manchester Evening News.

“I think we have been growing this season as a team. We keep playing the same way we used to. We have dropped some points along the way that have distanced us from Liverpool.

“It’s very difficult for us the title race now, but we have amazing players to keep winning and chasing them”

Guardiola may well be correct to say the title is out of reach. City are playing well and right now they’re blowing teams away – they have scored 17 goals in their last five games across all competitions – but Liverpool just aren’t dropping any points and even a perfect run until the end of the campaign for the current champions probably wouldn’t be enough to deny the Merseyside club their first league crown of the Premier League era.

That aside, it wouldn’t serve City any good to give up now and play for second either. They still have other targets, the domestic cup competitions and the Champions League, and maintaining their form across all tournaments is more likely to result in silverware at the end of the season, even if the league crown is already out of reach.

City’s title defence this season may have been over before it really began, but they will want to make a statement by taking the top prize next season and momentum built up in the latter half of this campaign can carry through until next term.