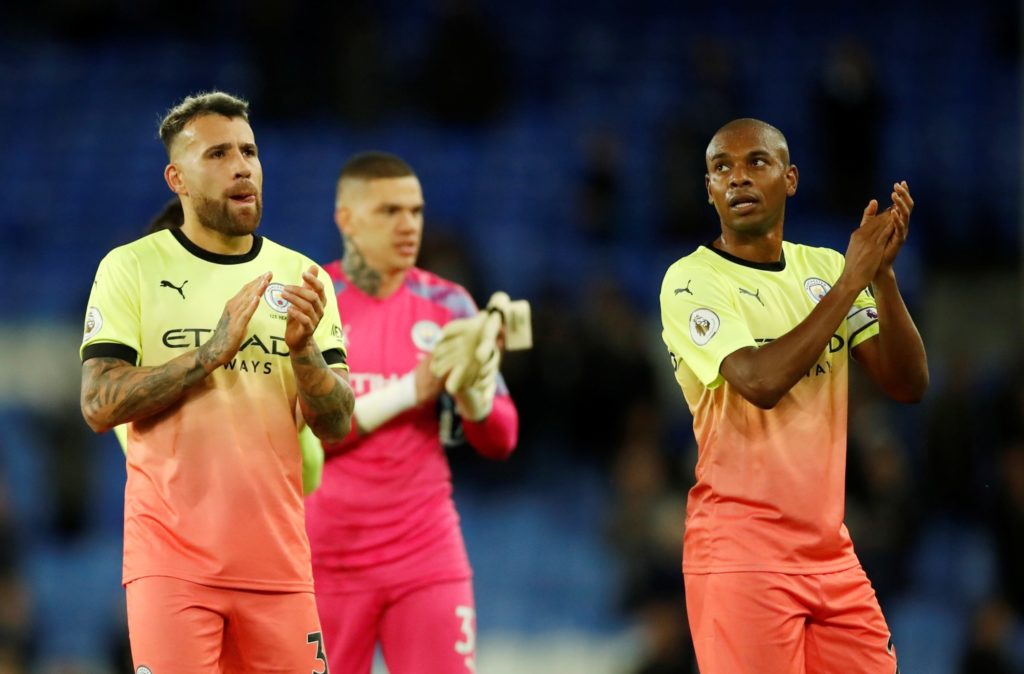 Nicolas Otamendi is ready to quit Manchester City this summer and former club Valencia are keen on taking the central defender back to the Mestalla.

The Argentina international knows boss Pep Guardiola is planning to recruit two new faces at the heart of his rearguard, with Otamendi set to be the odd man out.

It’s understood representatives for the 31-year-old have already been made aware of the early interest from Los Che, who the Citizens paid £28m for Otamendi back in 2015.

He had been named in the La Liga team of the year but the South American has divided opinion during his time in England despite a successful spell winning two Premier League titles, three League Cups and one FA Cup.

A series of high-profile errors have seen him slip down the pecking order under Guardiola this term despite the long-term injury absence of key defender Aymeric Laporte.

Guardiola has instead utilised veteran Brazil midfielder Fernandinho on the left side of his central pairing, with Otamendi forced to accept being rotated with England international John Stones and academy graduates Eric Garcia and Taylor Harwood-Bellis.

City insiders claim Guardiola won’t stand in the way of Otamendi moving on, with Stones’ homegrown status proving a vital factor in the club’s current thinking in the market.

The Manchester giants are also ‘maxed out’ on the allowable quota of 17 foreign players in their squad and so need to create room.

Otamendi has two years left on his existing £130,000-per-week contract and reigning Premier League champions City will only be looking for a fee in the region of £15million as a result.

Agent Jorge Mendes has close ties to both City and Valencia, so he is ahead of the curve in terms of what both clubs are looking to do in the close season.