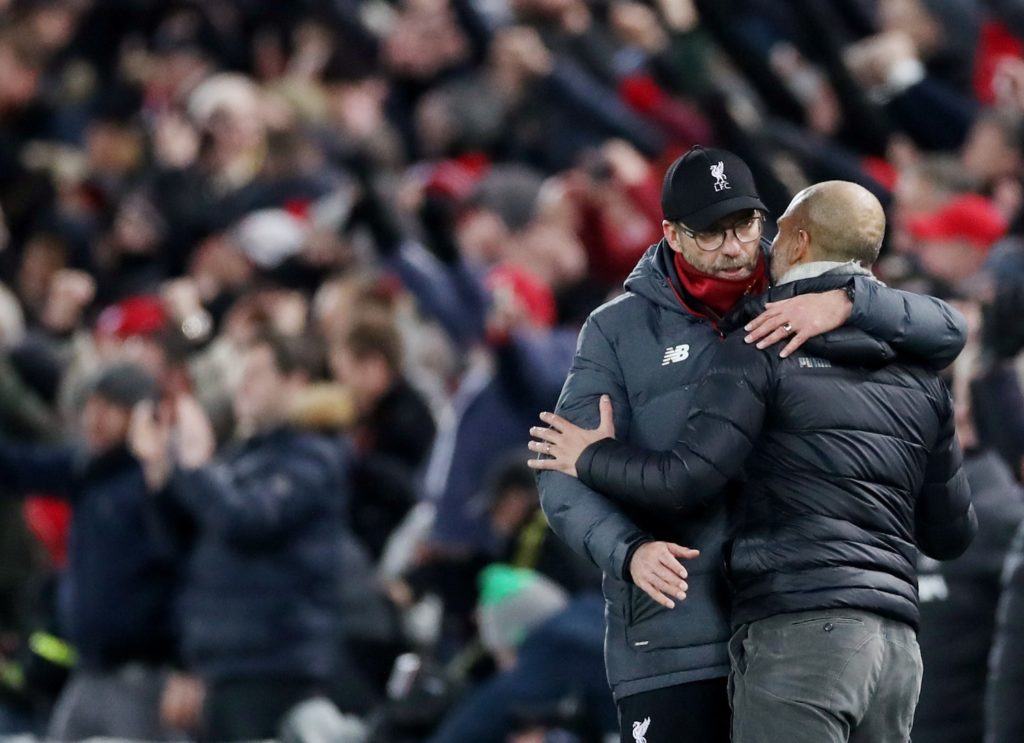 Manchester City boss Pep Guardiola has praised "extraordinary" Liverpool but is focused on how his side can improve.

City’s three-match Premier League winning run came to an end when they were held to a 2-2 draw by Crystal Palace at the Etihad Stadium on Saturday afternoon.

Liverpool’s incredible season continued as they took care of Manchester United 2-0 at Anfield on Sunday to move 16 points clear of the Citizens at the top of the standings with a game in hand.

Jurgen Klopp’s side have dropped just two points in 2019-2020, with 13 straight league victories since Ole Gunnar Solskjaer’s Red Devils held them to a 1-1 draw at Old Trafford on October 20 last year.

Although Liverpool’s players and management are refusing to talk about it, it would take a seismic implosion for the trophy not to head to Merseyside in May to give the Reds their first top-tier title in 30 years.

Guardiola gave reporters his feelings on the side that are likely to replace them as champions on Monday and stressed that his charges must learn to tighten up between now and the end of the campaign.

“We can’t deny Liverpool are extraordinary,” he said. “But everyday I live thinking about what we can do better.

“Some games are good, we concede few. We have scored more than Liverpool. I don’t have stats here but we concede more chances and drop points.”

Next up for City is Tuesday’s trip to Bramall Lane to face Sheffield United, with the boss stating that he has been “impressed” with how Chris Wilder’s team have adapted to life in the top flight.

The Blades sit seventh in the table, with 33 points from 23 games played, when most pundits backed them for relegation before a ball had been kicked in anger this season.