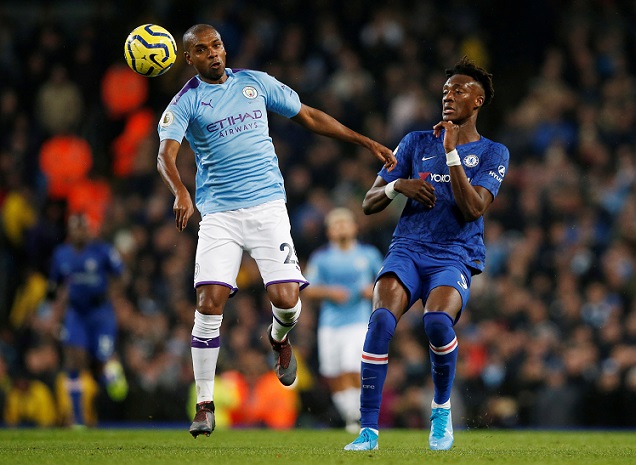 Fernandinho can earn himself a further contract extension if he features in 80 per cent of games for Manchester City next season, according to Etihad insiders.

It was announced on Tuesday the 34-year-old had penned a new 12-month agreement, with his previous deal due to expire this summer.

The Citizens had no hesitation in rewarding the Brazil midfielder, who has played at centre-half this season due to injuries in Pep Guardiola’s squad.

And club sources have revealed the samba star has every incentive to continue defying his age and remaining a pivotal figure at the Etihad.

It’s understood a clause has been retained in Fernandinho’s new deal which means the veteran will automatically see another 12 months triggered if he features in 80 per cent of games next season.

And nobody at City will bet against it, with the likeable South American still one of the fittest players in the squad and wanting to continue playing at the highest level for as long as possible.

He is being afforded extra rest by Guardiola when the schedule permits, and the Catalan now sees the former Shakhtar Donetsk player as a defender, with no plans to return him to City’s engine room anytime soon.

Fernandinho arrived from the Ukrainian outfit for £30million in 2013 and has gone on to win three Premier League titles, four League Cups and one FA Cup during his seven years in Manchester.

There are even suggestions the Brazilian could have a future role at the club as a coach, such is his contentment in England, although that time still appears a while off, especially factoring in the provision for another contract extension if he continues to deliver on the pitch for City.