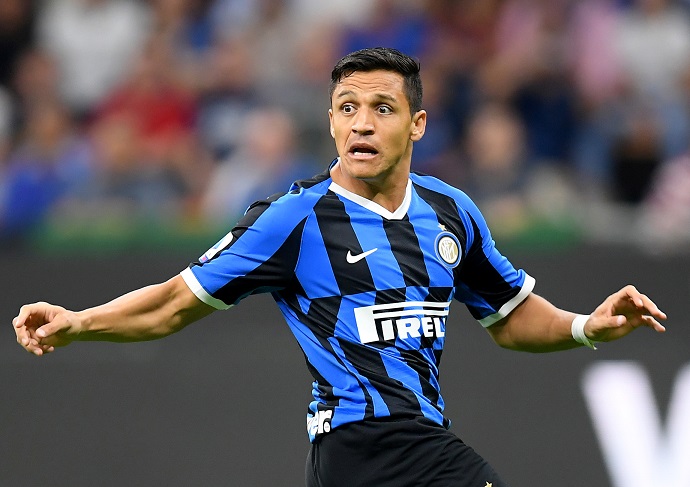 Alexis Sanchez is reportedly willing to sacrifice £15million in wages to permanently remain at Inter Milan and avoid returning to Old Trafford this summer.

Manchester United boss Ole Gunnar Solskjaer stated on Tuesday he expects the flop forward to return to Old Trafford when his loan ends at the end of this season, insisting the Chilean will prove his doubters “wrong”.

However, senior sources have confirmed Inter officials contacted the Red Devils this month and his advisers are attempting to broker a severance package that will be acceptable for all parties concerned.

The former Arsenal man is owed £48.5m by United over the remaining two years left on his deal, courtesy of his staggering £505,000-per-week salary.

It’s believed the 31-year-old has told Inter he is prepared to forsake around £15m of that figure to facilitate a permanent move to Milan, which would also enable the Manchester giants to lower their original £20m asking price.

United want to lower their wage bill – the highest in the Premier League – with plans to hand their manager another major transfer kitty in the close-season.

The removal of Sanchez’s annual £25m package will certainly go a long way to ensuring United can do the business they want – especially if they also fail to secure the cash Champions League qualification brings.

Alexis fractured his ankle last October but returned to action earlier this month, having impressed the Nerazzurri early on with his committed displays.

The Italian giants don’t want to pay more than £15m for a player who managed just five goals for United in 45 appearances and was regularly injured.

Sanchez has received the best part of £50m in wages and bonuses since his arrival from the Emirates Stadium back in January 2018, so the South American can well afford to make financial concessions to achieve his aim of now quitting England for good.