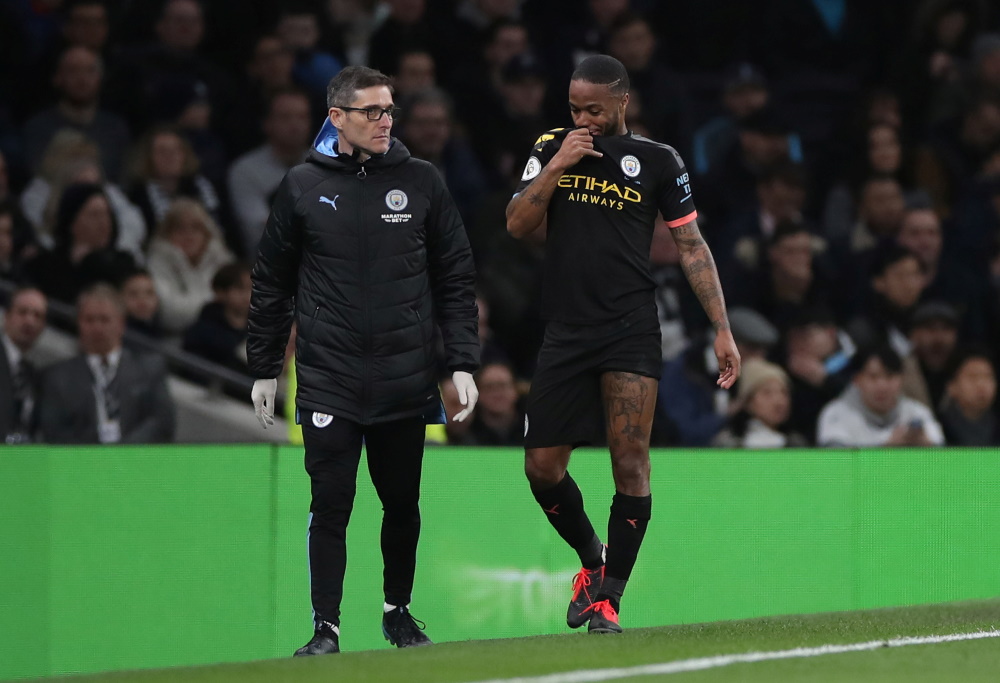 Manchester City have confirmed Raheem Sterling will miss Sunday's Premier League clash with West Ham due to a hamstring injury.

However, there still remains uncertainty over the extent of Sterling’s injury, which he sustained midway through his side’s Premier League defeat at the hands of Tottenham last Sunday.

There are fears that Sterling could be ruled out for up to four weeks with the hamstring issue, which means he would miss the crucial first leg of City’s Champions League last-16 tie against Zinedine Zidane’s Real Madrid.

City tweeted: “Raheem Sterling will miss our game against West Ham this weekend after scans revealed he has suffered damage to his left hamstring. Everyone at City wishes @sterling7 a full and speedy recovery”.

Fortunately for City, Sterling’s injury coincides with their mid-season break, which begins after the Hammers game and lasts for almost two weeks.

A bad result and overall performance… We should have done the job and score way before being punished tonight. Lessons got to be learned for the next important games ✊🏾 #ComeOnCity pic.twitter.com/odqDXDp9Ni

City are due to travel to Leicester on February 22 before facing Spanish giants Real at the Santiago Bernabeu Stadium four days later.

The injury comes amid reports that contract talks between the club and the England international will be left until the end of the season.

There were some suggestions City would look to tie the Three Lions star down to a new deal as soon as possible but it appears the Citizens are happy to wait until the summer to get a new contract over the line.

Real Madrid are believed to be considering a swoop for the ex-Liverpool forward but if Los Blancos do make a move for PSG star Kylian Mbappe, they are unlikely to plump for Sterling also.

Sterling still has three years left to run on his current deal at the Etihad Stadium but City are eager to offer him fresh terms to remain in Manchester.

Since swapping Anfield for the Etihad Stadium, Sterling’s career has flourished, netting 89 goals in 226 appearances for City and helping them capture two Premier League titles, two EFL Cups and one FA Cup.