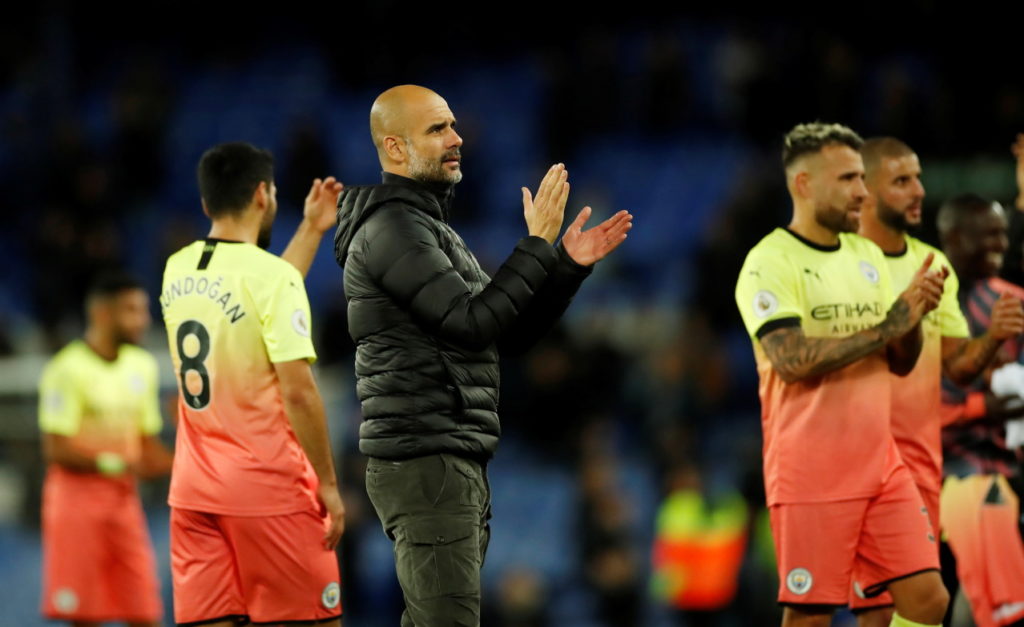 Pep Guardiola has confirmed he intends to honour his contract with Manchester City even if they are demoted down to "League Two".

Speculation has been rife regarding Guardiola’s future at City following the news that broke last week that the club have been banned from European competition for the next two seasons by UEFA due to breaches of the Financial Fair Play regulations.

City are appealing that decision to the Court of Arbitration for Sport, although they could also face punishment from the Premier League, who follow similar rules to UEFA, with the suggestion being they could be handed a points deduction or even face relegation from the top-flight.

That has understandably put Guardiola’s long-term future at the Etihad Stadium in doubt, but the Catalan, who has never broken a contract as a manager, has now reiterated his commitment to the club.

Speaking to the City players, Guardiola, whose current contract expires at the end of the 2020-21 season, said: “Look, whatever league we are in, I will still be here.

“Even if they put us in League Two, I will still be here. This is a time for sticking together.”

It is also believed that Raheem Sterling remains committed to the club and he and the rest of the City squad are focused on the remainder of the season, in particular their upcoming Champions League last 16 tie with Real Madrid.

City are, of course, still hoping to get their European ban overturned and the club’s CEO Ferran Soriano is confident that will prove to be the case.

Speaking to the players, Soriano said: “Trust me like I trust you, this will be dropped.”

City have lost back-to-back games against Manchester United in the EFL Cup and Tottenham in the Premier League, but they will be bidding to bounce back from those setbacks when they return to action in their rearranged top-flight match with West Ham at the Etihad on Wednesday.