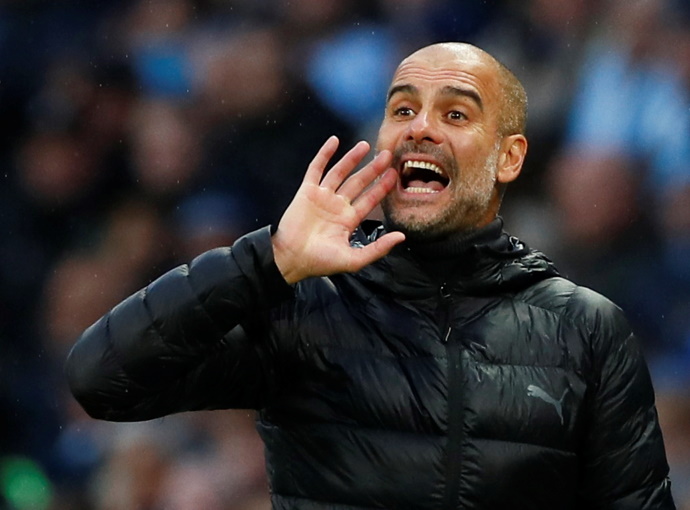 Pep Guardiola is reportedly willing to pen another contract extension even if Manchester City fail to overturn a two-year Champions League ban by UEFA.

The Citizens are poised to lodge an official appeal to the Court of Arbitration for Sport, having been found guilty last week by UEFA’s adjudicatory chamber of infringing Financial Fair Play rules.

Bosses at the Etihad remain confident CAS will throw out the punishment once they are able to submit their own body of evidence.

City were landed with a £25million fine, along with exclusion from Europe’s most prestigious club competition, although reports they will now be forced to sell players as a result of a £200m cash shortfall have been dismissed as ‘fanciful’.

And City sources have intimated Pep is even ready to open discussions on adding another 12 months to his present £16m-per-year agreement.

BREAKING: Pep Guardiola and Raheem Sterling are planning to stay at Manchester City despite UEFA banning the club from European competitions for the next two seasons.

Guardiola addressed his squad over the weekend and made it clear his sole focus remains on the three trophies they are still in contention for this term.

City meet Aston Villa next month in the Carabao Cup final at Wembley, with an FA Cup fifth-round tie to come against Championship strugglers Sheffield Wednesday at Hillsborough.

There is also the small matter of a Champions League showdown with Spanish giants Real Madrid next week, which is sure to witness a hostile atmosphere aimed towards UEFA.

As for Guardiola’s own future in Manchester, sources close to the Catalan tactician have insisted the 49-year-old is clearly up for the fight regardless of what transpires in the coming weeks.

The City insider said: “He (Guardiola) loves nothing more than a fight and proving people wrong. He has seen from the inside how some things have worked against the club.

“Pep is a very loyal person and does not forget the support he has received from Khaldoon Al Mubarak (City’s chairman) when results weren’t going his way during his first year here.”