Complacency must not be City’s undoing against Real 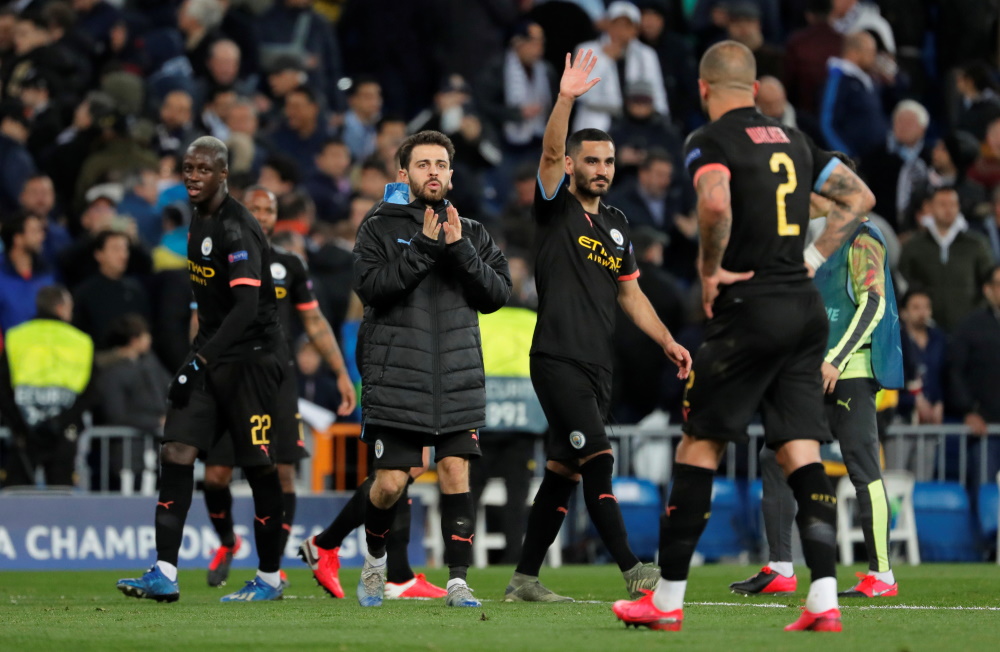 The Manchester City players will have left the Santiago Bernabeu on Wednesday night with their chests puffed out and their heads held high.

Rightly so after a memorable 2-1 victory at the home of La Liga giants Real Madrid.

A sense of achievement would be even more understandable considering City found themselves behind in the Champions League last-16 first leg, as Isco gave the hosts the lead.

Ultimately a goal from Gabriel Jesus and a penalty from skipper Kevin De Bruyne saw City bag two valuable away goals, as former Barcelona boss Pep Guardiola returned to the Spanish capital to spoil the locals’ night once again.

However, as Guardiola will be preaching every day in training before the return leg in Manchester, this one is not over by a long shot.

City midfielder Rodri was pretty vocal after the final whistle in Madrid, claiming full time had saved Los Blancos, who saw skipper Sergio Ramos sent off late on, from going even further behind.

However, being a former Atletico Madrid player, Rodri is fully aware of what Real are capable of, especially in this competition.

“It is a good result, but it’s not done at all, knowing the opponent we have before us,” he said. “We will approach the game with the greatest seriousness and I am sure they will battle.”

That must be the attitude throughout the squad or they could easily become unstuck at the Etihad Stadium on March 17.

Both teams had a host of chances in the first leg and City will be hoping for a slightly more disciplined defensive display from themselves.

That might be easier said than done, considering Guardiola’s resources are at their limits when it comes to fit personnel in defence.

Forward Vinicius Junior was a real threat throughout the contest, while on another night Karim Benzema could have finished the game with a couple of goals.

It was one of those games, and there are bound to have been many this season, when the absence of Cristiano Ronaldo was deeply felt by the home faithful around the Bernabeu.

The Portuguese superstar would certainly have made a difference although he’s now got a job of his own to do to get Juventus past Lyon and into the Champions League’s last eight.

Either way, it should be another thrilling encounter in Manchester between these two attacking sides. If City get their attitude right, they certainly have the quality to reach the quarter-finals.