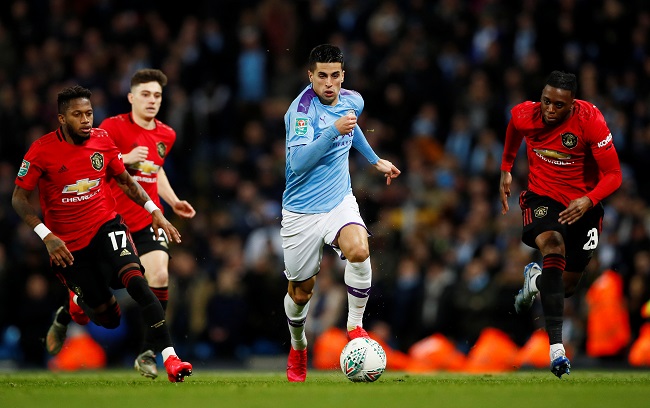 Joao Cancelo is reportedly ready to demand a move away from the Etihad just a year after arriving from Juventus in a £60m deal, sources close to the player say.

The Manchester City and Portugal international is seemingly on a collision course with his employers, having failed to establish himself since his expensive move from Turin.

Cancelo has made just 16 starts this season and has failed to dislodge Kyle Walker from the regular right-back starting role, adding to his overall frustration.

The former Valencia player has struggled with his fitness and wasn’t impressed to be left out of City’s 22-man squad for Sunday’s Carabao Cup final victory over Aston Villa at Wembley.

Cancelo wasn’t spotted at the team hotel and a parting of the ways is on the cards this summer, with boss Pep Guardiola perhaps hinting earlier this week that the 25-year-old and him are currently at loggerheads.

The City boss said: “We are here to help him (Cancelo). I can suggest things but the players have to decide the rest.

“If they follow me (the players), it’s not a problem. If they don’t follow me, they have a problem – their problem, not my problem.”

Cancelo did make a rare start on Wednesday night in the Citizens’ FA Cup fifth round 1-0 win over Championship outfit Sheffield Wednesday, setting up a quarter-final tie away now to Newcastle United.

Reports in Italy have strongly linked Inter Milan with making a bid although City will demand to recoup most of their original outlay, having included Brazilian defender Danilo as a £28m makeweight in the original deal done with Juventus.

Eyebrows were certainly raised when City decided to spend big on Cancelo, rather than putting the money instead towards signing a centre back to replace veteran skipper Vincent Kompany, who quit after a decade of service to become player-boss at Anderlecht.

City insiders say it isn’t obvious what Cancelo’s issue is, outside of a lack of regular playing time, but he was well aware beforehand that he would be competing with Walker, an experienced England international.