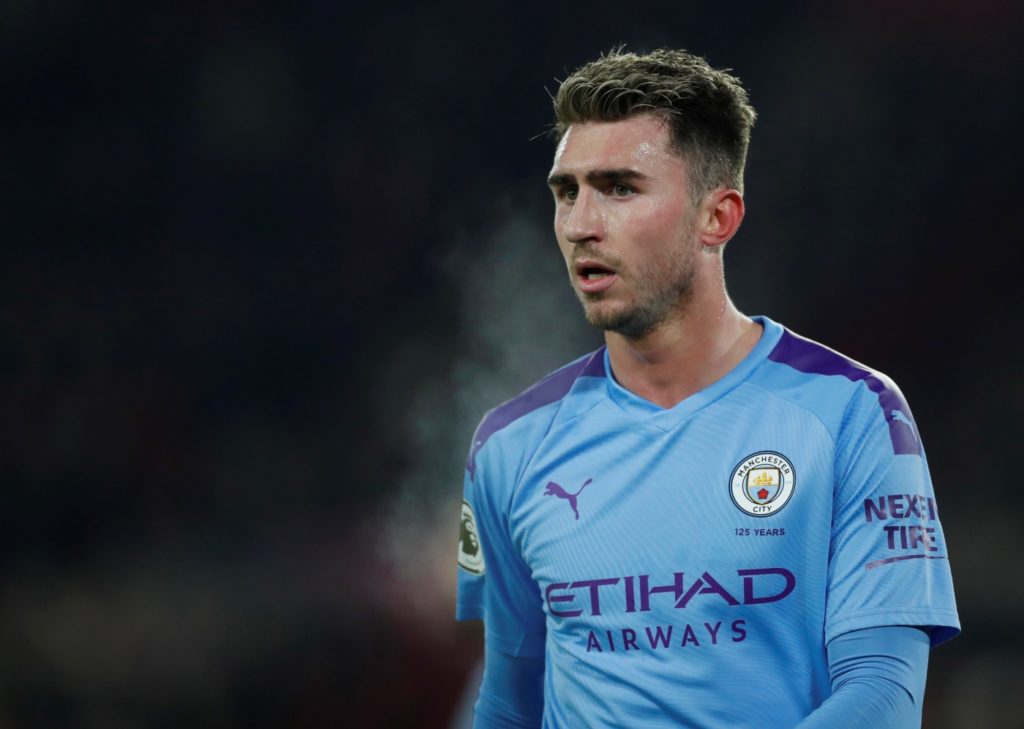 Manchester City need to ease the pressure on Aymeric Laporte by rebuilding the backline during the next transfer window.

City handed over a club-record £57million fee to sign Laporte from Athletic Bilbao in the latter stages of the window in January 2018.

It appeared that Pep Guardiola was already planning for life after captain Vincent Kompany and allowing Laporte time to settle in.

Laporte made his Premier League debut in a 3-0 win over West Brom and ended his debut campaign with nine appearances under his belt.

He helped City  get over the line in the race for the league title and looked more than comfortable at the highest level of English football.

The France international was Guardiola’s go-to man in the heart of defence in 2018-19, making 35 appearances and scoring three times.

The Citizens earned 18 clean sheets with Laporte on the field and won the Premier League crown for a second successive season.

Win & clean sheet, another day at the office 🚪✅ pic.twitter.com/zHmqf5EMay

Injuries to Kompany, John Stones and Nicolas Otamendi, however, prevented Laporte from finding a permanent partner as Guardiola was forced to chop and change.

Laporte quickly became one of the most crucial members of the City squad, offering stability and calmness in defence to leave Guardiola’s attacking contingent free to do the business further up the field.

However, Laporte has spent the majority of 2019-20 on the sidelines with injuries, allowing Liverpool to coast towards their first league title in 30 years.

The 25-year-old, who is expected to be available for selection when the domestic season resumes, has been restricted to just seven games and it’s no coincidence that City have already conceded more times than they did in each of the last two seasons.

City, who have had to rely largely on midfielder Fernandinho to deputise in defence, have shipped 31 goals in 28 outings this term.

They conceded only 23 times last season and on 27 occasions in 2017-18 as they held off challenges from Liverpool and Manchester United respectively.

Laporte is the glue that holds City’s backline together and Guardiola must ensure he is offered more support next season.

Indeed, an overhaul in the defensive third could be on the cards with the likes of Joao Cancelo and Benjamin Mendy also struggling to meet expectations.

Guardiola dropped the ball when failing to bring in an additional central defender last summer after Kompany left the Etihad.

The Spaniard won’t rest easily once this season eventually comes to an end and signing a centre back or two should be his top priority.

Of course, their impending two-season European ban could impact the standard of player willing to join City, although Laporte has eased fears over his future by insisting he is “happy”.

Several options have already been linked with the club and the likes of Caglar Soyuncu, Jason Denayer and Nathan Ake could be partnered with Laporte in 2020-21.