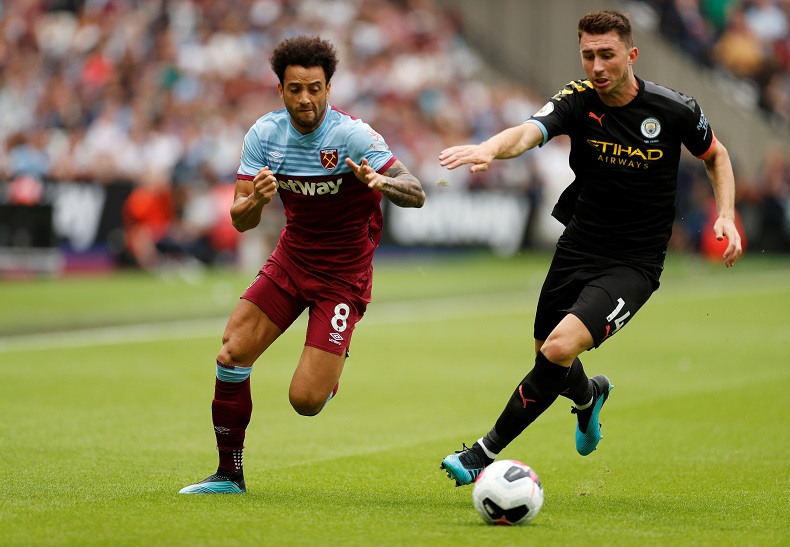 Aymeric Laporte is fit again and ready to resume playing despite a hamstring injury during the recent Champions League win over Real Madrid at the Bernabeu.

The Manchester City and France central defender was expected to be on the treatment table for at least five weeks and was ready to write off the rest of his campaign.

But club insiders have revealed Laporte returned to training last Tuesday and is ready to make himself available to manager Pep Guardiola, should the Premier League home clash against champions-elect Liverpool get the green light to proceed on April 5.

The Catalan tactician arranged the session after the Citizens’ Premier League game at home to Arsenal was postponed amid news some of their staff at the Emirates had been exposed to the coronavirus.

Laporte came through the entire hour and sources close to the player have stated he has continued to improve during the current footballing shutdown.

The 25-year-old sustained a cruciate knee ligament injury at the start of the season and his absence during the campaign has proved a huge miss for Guardiola’s team as they have been unable to mount a serious challenge to runaway leaders Liverpool.

Laporte has managed just four games since then and limped off in three of those, sparking fears the classy Frenchman had been rushed back too quickly.

The former Athletic Bilbao man, however, has merely listened to his body at the slightest indication of any muscle strains, which can invariably happen after such a long lay off.

Laporte’s availability could yet prove a massive boost to the Manchester giants, who still have a potential return game to come against Madrid, plus an FA Cup sixth-round tie away to Newcastle United, having already retained the League Cup trophy for a third successive year earlier this month with victory over Aston Villa at Wembley.