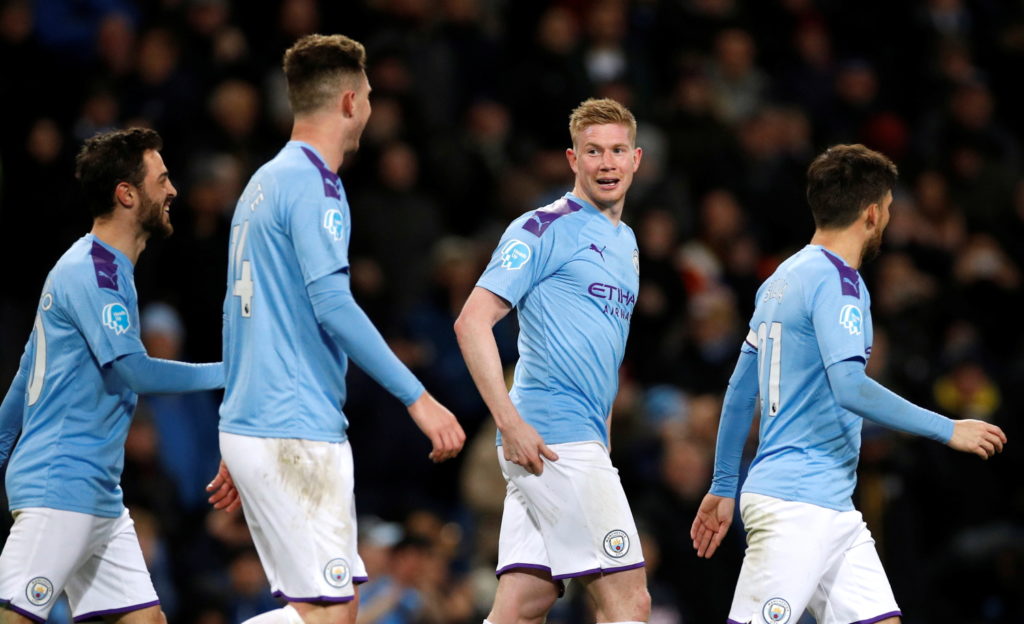 Manchester City ace Kevin De Bruyne is reported to be weighing up his future as doubts remain over the club's future in the Champions League.

The coronavirus pandemic and the fact there is no football being played throughout Europe at the moment, has quite rightly pushed City’s issues into the shadows.

However, the fact remains, when football does eventually return, City could be without Champions League football until the 2022-23 campaign after allegedly breaching Financial Fair Play regulations.

They are appealing the decision and at least want to see the ban reduced. But in the meantime, reports claim that De Bruyne is pondering his future.

City are under no immediate pressure to get the 28-year-old tied down to a new deal as he is under contract at the Etihad Stadium until the summer of 2023.

However they are still keen to secure the future of the Belgium international for even longer and are ready to offer him a deal worth £350,000 a week to persuade him to stay.

Reports claim that may not be enough to keep him if the ban is upheld, and De Bruyne could be waiting to see the final outcome before making a decision.

City boss Pep Guardiola has already said he will be staying with the club, regardless of the outcome, and it was hoped that the club’s star players would take a similar stance.

It is of course speculation, but at the age of 28, De Bruyne may be thinking time is ticking on his chances of winning the Champions League. Unless City can do it this season of course.

Not many clubs would be able to afford him either. But Real Madrid are reported to be sniffing around and a switch to the Bernabeu could be a tempting proposition for the playmaker if an offer came in sooner rather than later.