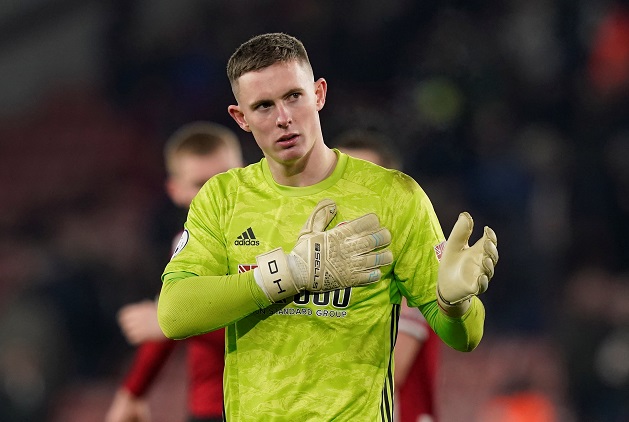 Manchester United will take their time before considering whether to send goalkeeper Dean Henderson out on loan again next season.

The 22-year-old has spent the last two years at Sheffield United, where he has continued to underline his huge promise for boss Chris Wilder.

The Blades spoke with their Old Trafford counterparts earlier this month regarding their desire to retain Henderson’s shot-stopping prowess for another year.

However, sources at the Manchester giants have stated the club want to take their time before informing the South Yorkshire outfit what they want to do next.

The Red Devils are delighted with Henderson, who was rewarded with a new £30,000-per-week deal last summer, having entered the final year of his agreement.

It’s understood that while there is currently no chance of Henderson returning to the Theatre of Dreams to become the official back up to No.1 David De Gea, boss Ole Gunnar Solskjaer wants to see out the rest of this campaign before giving his own final say.

But he was powerless to prevent Sergio Aguero securing a 1-0 victory for Pep Guardiola’s team, the Argentine coming off the bench to notch his 16th Premier League goal of the season on 73 minutes.

There is a feeling United would like to see Henderson tested at another top-flight club, with plenty of admirers also asking after his situation.

Henderson has been called up to the England squad but is yet to win his first cap, with his parent club already valuing their player at £25m.

Wilder revealed after the City reverse: “He wants to play first-team football (Henderson). I shouldn’t be saying this but he won’t play back up to anybody, that’s the character of the boy.

“If there is an option to bring him back for another year then we will. We’ve already started talking to them but the decision will be made by United and the player.”