Three of the most underwhelming signings in Premier League history! 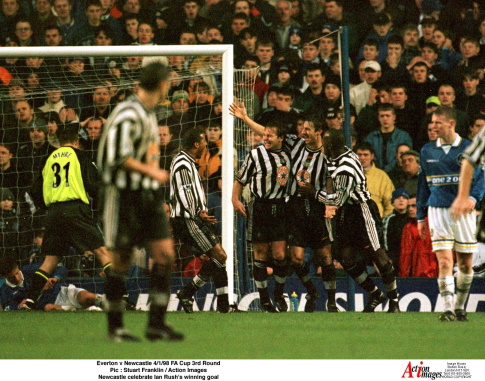 It is fair to say that the Manchester United fans are pretty underwhelmed with the capture of Odion Ighalo, but there have been some belters down the years.

United have needed a striker since cashing in on Romelu Lukaku in the summer and the need increased after losing leading goalscorer Marcus Rashford to injury.

A number of names including the like of Edinson Cavani were mentioned as a short-term fix, but the Reds ended up with former Watford striker Ighalo instead. And it has not gone down well.

But they are not the first set of supporters to be left disappointed on deadline day, here are some of the others.

So it is not the first time United fans have been underwhelmed and this time it was Fergie doing the buying back in the good old days of 2003.

United were about to begin the defence of their Premier League crown and it came as a huge shock when Sir Alex opted to snap up Bellion from the Black Cats.

It came as no surprise however when he did not hit it off at Old Trafford. Thankfully for United, Ferguson did get it right with another signing that summer, with a certain Cristiano Ronaldo arriving.

The struggling Trotters would no doubt love a striker of the Pole’s quality these days, but it did not go down well back in January 2008.

Bolton were in the hunt for a new striker after selling star forward Nicolas Anelka to Chelsea for £15million, while involved in a relegation battle.

A big signing was needed to replace the Frenchman’s goals and give the fans hope they would survive in the Premier League.

So imagine their dismay when Rasiak arrived on loan for the rest of the season from Southampton. Had Sam Allardyce still been in charge he may have pulled another Youri Djorkaeff or similar out of the hat.

Instead Gary Megson brought in Rasiak who failed to score in seven games before returning to Southampton. Thankfully for Bolton they still stayed up – but no thanks to Rasiak.

An absolute legend at Liverpool, one of the best, but it is fair to say he was past his best when Newcastle snapped him up, aged 36, in 1997.

The Toon army had seen Andy Cole leave in 1995, and then Les Ferdinand also headed for the exit door in 1997. A top replacement was needed and boss Kenny Dalglish turned to his old mate, who had scored three goals in 36 games at Leeds.

Rush was a flop, scoring just one goal against Everton, before being loaned out to Sheffield United.