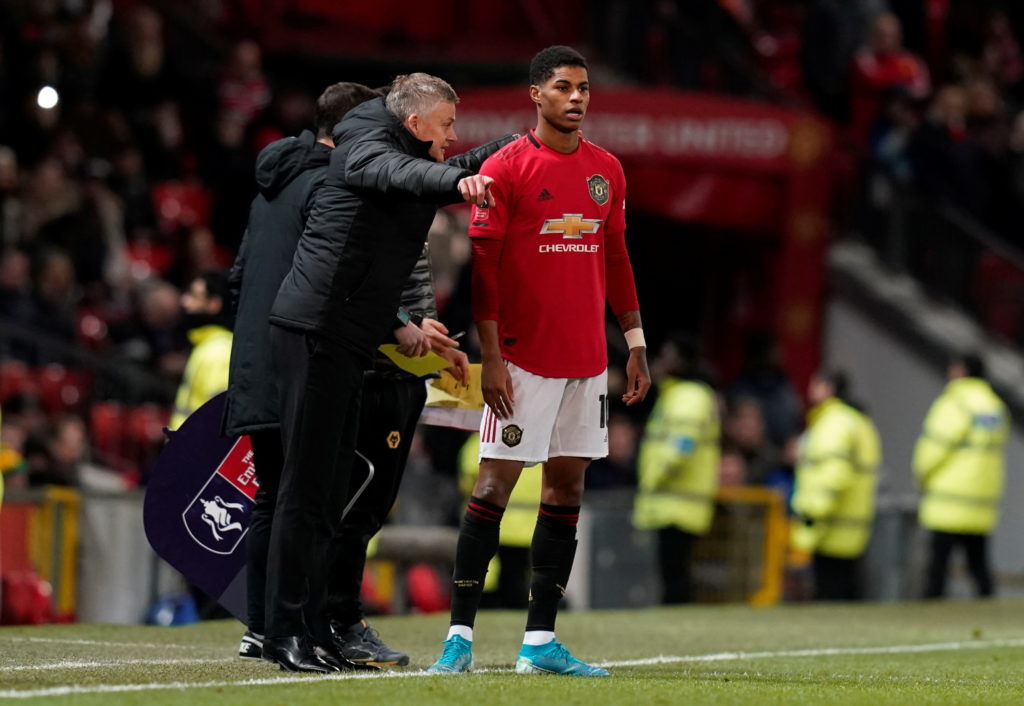 Marcus Rashford will reportedly see a specialist early next week to determine whether his back injury requires further examination.

The Manchester United and England striker took to social media this week to reassure the club’s supporters that he will be back playing again before the end of the season.

Rashford was diagnosed with a double back fracture after aggravating a previous complaint in last week’s 1-0 FA Cup replay victory over Wolverhampton Wanderers.

Bizarrely, the 22-year-old felt things had settled down enough to want to feature in last Sunday’s game against bitter rivals Liverpool, which the Red Devils subsequently lost 2-0 at Anfield.

Rashford underwent a series of scans and boss Ole Gunnar Solskjaer has so far refused to rule out a substantial lay-off, admitting: “Marcus is going to get as long as he needs to get fit. We are not going to risk him when he has had an injury.

“I have got the best medical staff in the country and I am sure when Marcus comes back he will be 100 percent fit.”

Marcus Rashford insists he'll be back to help fire Man United into the top four https://t.co/Nli7dNx711

The Norwegian is seemingly hedging his bets on the return of his leading goalscorer, with club insiders stating Rashford is scheduled to meet with another expert opinion in the next few days.

The academy graduate has 19 goals in all competitions this campaign and is believed to be wearing a special back support to aid in his recovery.

He has been ordered to completely rest up for the next fortnight, although United must be privately dreading any suggestion Rashford could even require surgery at some stage.

Rashford’s absence has certainly come at the worst possible time. United’s medical staff, however, remain confident the injury will heal naturally in time.