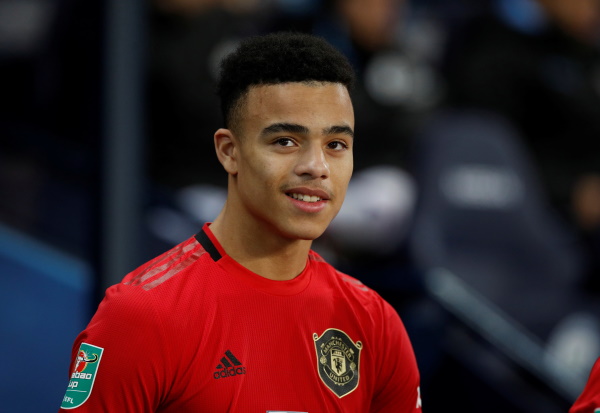 Mason Greenwood has revealed Manchester United team-mate Marcus Rashford has been very influential in his fledgling career so far.

Greenwood has broken through into the United first team this season and impressed many onlookers at Old Trafford.

Despite mainly being used in cup competitions and the Europa League, the academy product has amassed ten goals already.

He has scored four times in the Premier League, with his last effort coming against Norwich in United’s 4-0 win at Old Trafford on January 11.

Many believe Greenwood to have a big future at the club even though his place in the squad could be coming under threat due to the recent arrival of Odion Ighalo.

However, with United currently on their scheduled winter break, Greenwood has been speaking about the influence of his team-mates and how they have helped him integrate into the first team.

The 18-year-old has pointed towards Rashford in particular as someone who has assisted him greatly in the early days of his career.

“Yeah, definitely,” said Greenwood when asked if he looks at Rashford as a role model. “He’s been in the academy and come through the ranks and I feel like I’m following in his footsteps.

“He’s a few years older than me but I can definitely take a lot of inspiration from what he has achieved so far. I’ve known him for a long time so I’ve seen how well he has done and how he has progressed as a player, so there’s lots to learn from being around him.”

Greenwood first got involved in the United senior squad in the pre-season tour of 2018 when he was just 16.

As well as Rashford, the England under-21 forward figured alongside the likes of Anthony Martial, Alexis Sanchez and Romelu Lukaku.

Rashford has gone on to make over 200 appearances for the Red Devils’ first team since debuting under Louis van Gaal in February 2016.

The England striker has scored 64 goals in that period.