Maddison or Grealish? Who should Manchester United go for this summer? 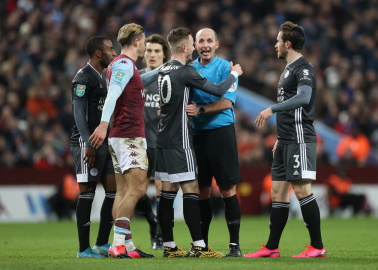 Manchester United are desperate to strengthen their midfield with James Maddison and Jack Grealish said to be the top targets for Ole Gunnar Solskjaer.

Some press reports have gone as far as suggesting that United will attempt to sign both at the end of the season in a double deal that could cost them in the region of £160million.

That would be a perfect scenario for the Reds, but the likeliest outcome is they will just go with one of them to add some much needed creativity to the midfield. But which one would be the better signing?

It is a tough one and United fans would not complain if either pitched up at Old Trafford in the summer, but if Solskjaer could pick just one, who should he go for?

One thing both players are known for, and is the reason United are keen, is creativity and they are up there with the best in the Premier League this season.

Grealish has created 52, Maddison 49 so nothing to separate them there. The United attacking front three would be happy to have either playing behind them.

Jamie Vardy may have been scoring goals for fun but without doubt a large part of that is down to Maddison bossing things and being creative in the Foxes midfield.

Maddison has fired home an impressive nine goals this season, the same as Grealish, but the Villa man has more assists with seven to his name compared to Maddison’s three.

The jury had been out on Grealish while Villa were in the Championship, but he has been a revelation in the top flight this season, and if there were any doubts over whether he can play at this level, they have been completely dispelled.

Maddison has more Premier League experience to his name, and being more of a playmaker, could possibly suit United a little more. There is also no-one better from set pieces, having scored directly from four.

However it has been suggested that Grealish has that bit of Eric Cantona about him, that maybe Maddison does not have, and is something that United are crying out for.

They are both under 25 and homegrown, so all in all it is almost impossible to separate them and is probably why Solskjaer wants both of them. It could come down to price at the end of the day.

If reports are to be believed it could take £60million to sign Grealish from Villa, while Leicester could be looking for closer to a £100million. It could also be harder to get Maddison away from the Foxes, while Villa could cash in, especially if they were to be relegated.

Whichever player United end up with, chances are they are on to a winner. It could be an exciting summer for United fans.