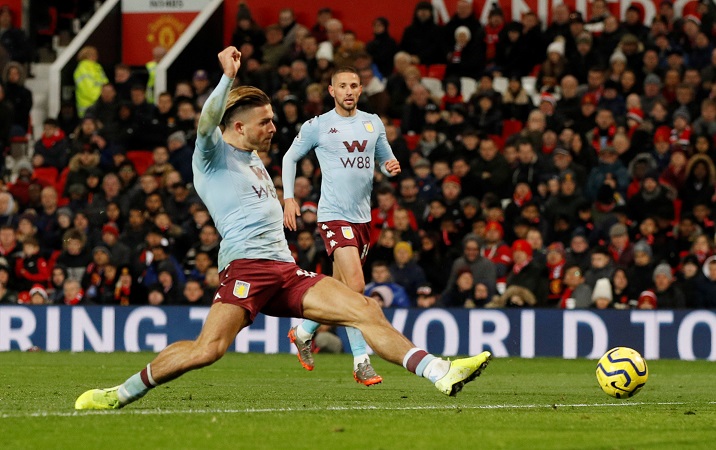 Manchester United are reported to have failed with a move to sign Jack Grealish in the January transfer window, but will try again in the summer.

The Reds managed to bring in Bruno Fernandes last month, but it would appear that United also made a move to sign Grealish, only to be told by Aston Villa that their star midfielder is not for sale.

That comes as no real surprise considering that Villa are fighting for their lives to stay in the Premier League and are also in with a shout of winning the Carabao Cup when they face Manchester City in the final.

The 24-year-old midfielder is without doubt Villa’s stand-out player and cashing in last month would have increased their chances of being relegated, which in turn would result in huge financial losses, much more than the fee they would have received for Grealish.

That's in the latest transfer gossip.

However United hope it will be a different scenario in the summer, and they look sure to make another move for the midfielder.

Leicester City’s James Maddision is also a known target, but it is now clear that Grealish is the player that United boss Ole Gunnar Solskjaer has at the top of his wanted list as far as midfielders are concerned.

It is looking more and more likely that Paul Pogba will leave United at the end of the season, and a midfield lynchpin is needed, with Grealish to top candidate to fill the position.

United would not have to be pay a crazy fee either, with reports claiming £60million will be enough to convince Villa to sell. Not that much when you consider some of the fees that are banded about for less talented players.

Villa now also have to time to find a replacement for Grealish, although it is hard to plan when they cannot say for sure what division they will be in next season.

One thing does look certain though, United will be going back in for Grealish in the summer.