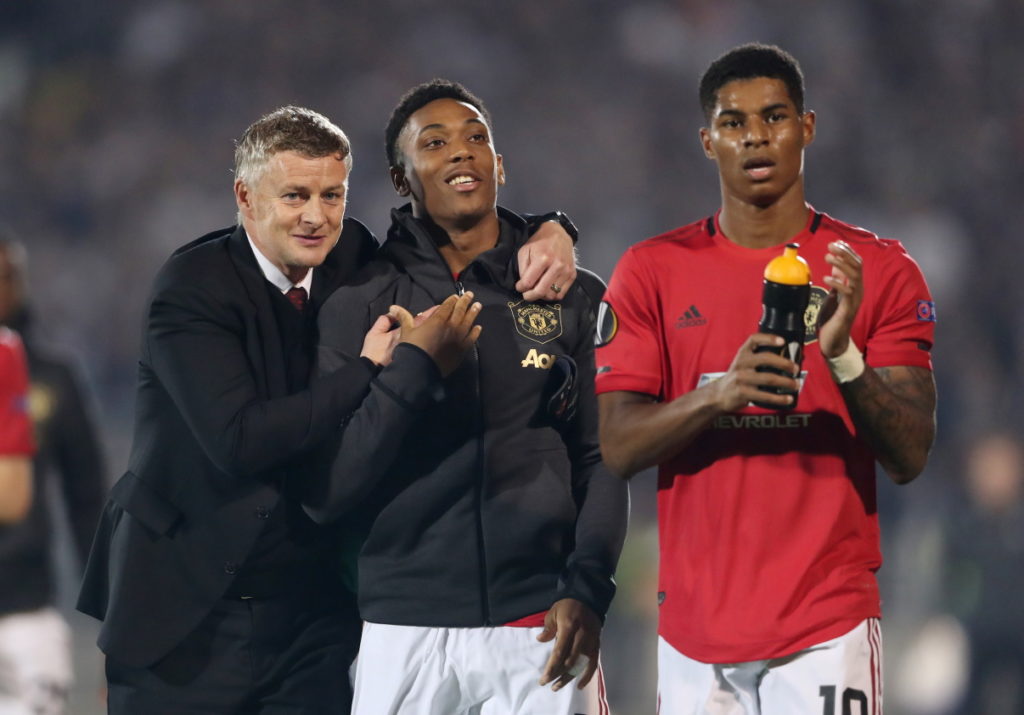 Ole Gunnar Solskjaer says he doesn't understand where Fred's claims about a lack of togetherness at Manchester United have come from.

Red Devils midfielder Fred spoke to YouTube channel De Sola last week while back in Brazil, conducting the interview in Portuguese, and appeared not to paint the club in a good light once his quotes were translated.

The Brazilian claimed United have “lots of problems” and that there was a lack of “sticking together mentality” within the squad.

Fred also said there was a problem with “vanity” amongst the players in a blindside attack on United during their mid-season break.

While rumours of dressing room unrest were consistently reported during the final days of Jose Mourinho’s time in charge of the club, it is the first time claims of that nature have been made during the Solskjaer era.

🇫🇷 A. Martial
🇵🇹 B. Fernandes

The criticism came as a surprise to Solskjaer, who has handed Fred a lifeline at Old Trafford this season.

The 26-year-old endured a difficult first 18 months at Old Trafford following his arrival from Shakhtar Donetsk in the summer of 2018 but has been a regular in the team since October.

Solskjaer has started him in the last 18 Premier League matches and he looks set to keep his place in the team for Monday’s trip to Chelsea with Paul Pogba and Scott McTominay unavailable.

Ahead of the clash at Stamford Bridge, Solskjaer was asked about Fred’s comments and said he had no issue with them as he didn’t feel they reflected his actual views on the squad, claiming they have been misinterpreted.

“This group sticks together,” Solskjaer said. “Don’t worry about that. I haven’t seen the interview or I don’t understand what he’s saying. I’ve seen him sat there in his kitchen. Fred knows this is a group that wants to give everything for each other.