Zidane talks up Hazard return ahead of City showdown 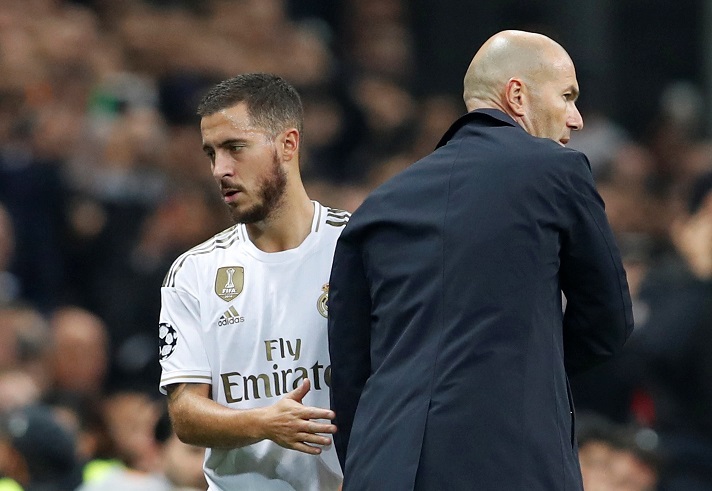 Real Madrid boss Zinedine Zidane claims Eden Hazard is getting close to a return ahead of their Champions League showdown with Manchester City.

The 29-year-old has endured a tough start since swapping Chelsea for the Santiago Bernabeu during the summer transfer window.

A sluggish start with his efforts on the field, Hazard suffered a foot injury against Paris Saint-Germain in the Champions League back in November and has not played since.

However, Real are set to be boosted by the return of Hazard with the player back in training ahead of Sunday’s encounter against Celta Vigo at the Bernabeu.

When asked about whether Hazard will be ready  to face Manchester City in the Champions League on February 26, Zidane was upbeat about the prospect of the Belgian international being available.

“With him back we recover a great player and it’s time for him to return to the squad. If he trains with his teammates that means he’s fine, but it’s been three months since he last played. He’s ready to play with us,” said Zidane.

Zidane, who has an uncertain future at Real beyond the current campaign, is adamant his side can’t look too far ahead to the encounter with Pep Guardiola’s side and the focus must be on Sunday league encounter with Celta Vigo.

“The most important game is always the next one. Now we have to play games where we have everything to play for, every single game will be tough but we’re ready,” Zidane added.