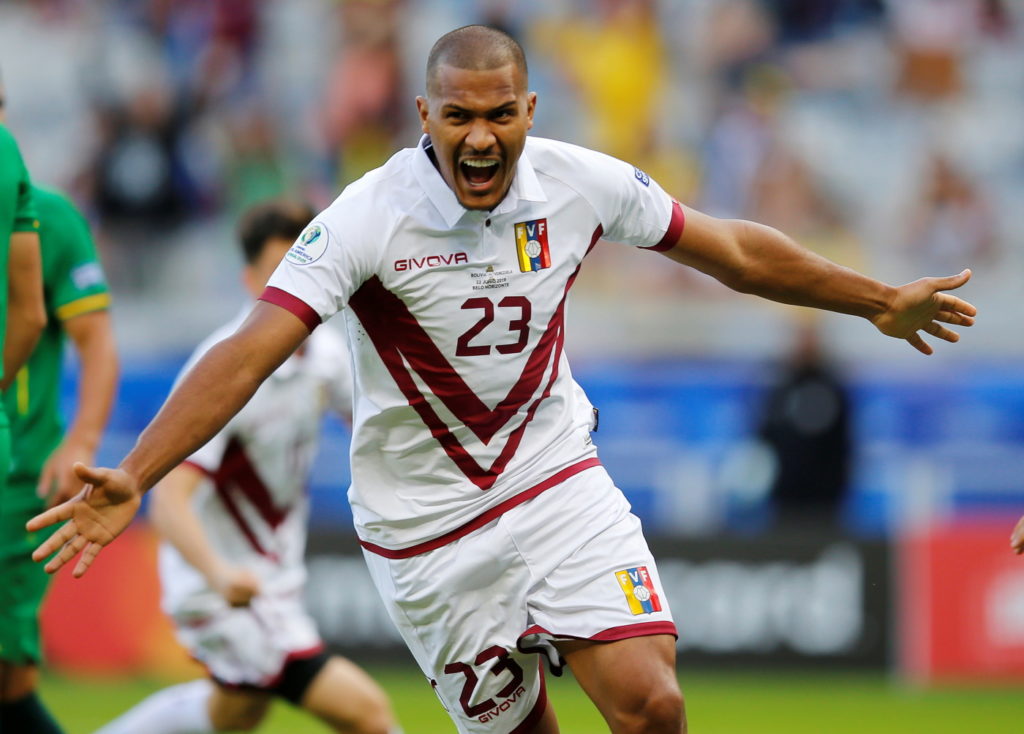 United were keen to bolster their striking options towards the end of the window after it was confirmed leading scorer Marcus Rashford would be sidelined for a number of months after damaging vertebra in his back during last month’s FA Cup victory over Wolves.

Several names were thrown about as potential targets for United, including Leicester forward Islam Slimani and Josh King of Bournemouth, but the club ultimately opted for former Watford star Odion Ighalo, who joined on loan from Chinese Super League outfit Shanghai Greenland Shenhua.

Venezuela international Rondon was another player United reportedly considered signing and he also plays in China, with Dalian Professional.

The 30-year-old previously enjoyed a successful four years in England with West Brom and Newcastle, scoring 35 goals in 140 Premier League appearances, including 11 last season while on loan at St James’ Park.

However, he has now revealed he came close to returning to England last month as United’s interest in him was real, but a deal could not be agreed with Dalian.

“There was something. It was not smoke. They were rumours and very strong,” Rondon told Spanish newspaper AS. “In the end it could not be specified and now I have to focus on Dalian.”

Rondon will now shift his focus back to matters in China although he has a while to wait until he is back in competitive action.

The start of the new Chinese Super League season has been pushed back until April due to the outbreak of the coronavirus.