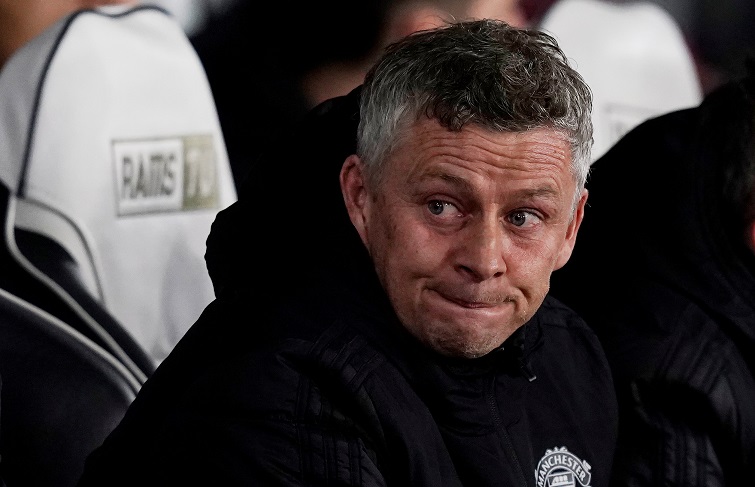 Manchester United boss Ole Gunnar Solskjaer has hit out at the FA’s fixture arrangements ahead of Sunday’s derby clash with Manchester City.

The Red Devils are set to line up for the second time in four days when they take on their cross-city rivals, having had to wait until Thursday night to book their place in the quarter-finals of the FA Cup.

A brace from Odion Ighalo sealed a 3-0 victory over Derby County after Luke Shaw broke the deadlock early on.

But with City edging past Championship opposition a day earlier in the form of Sheffield Wednesday, Solskjaer has voiced his frustration at a perceived scheduling advantage for the Citizens.

“It’s that ‘help’ we get from the FA again – that extra 24 hours that they’ve had,” the Norwegian said on Friday. “I cannot believe why there’s a derby on Sunday and we’ve got to play Thursday night. What’s the point in that?”

Check out all the best bits from last night's 3-0 win at Pride Park 🎞️#MUFC pic.twitter.com/NjvlycVj2I

Back in December, reigning champions City were similarly gifted an extra day of rest going into the sides’ previous league encounter, in which goals from Marcus Rashford and Anthony Martial stole a surprise 2-1 victory for United.

Despite their busy timetable, United will again fancy their chances going into the weekend.

Unbeaten in their last nine outings across all competitions, the Red Devils are firmly in with a shout of bringing Champions League football back to Old Trafford.

A favourable Europa League draw has handed them a tie with Austrian outfit LASK Linz as they look to reach the last eight, but with fourth-placed Chelsea just three points ahead of Solskjaer’s side in the league standings, United may not have to rely on European glory to reach the continent’s premier competition, as they were forced to do in 2016/17.

The Red Devils will be looking to avenge January’s Carabao Cup semi-final defeat after an away win at the Etihad was not enough to halt City’s progress 3-2 on aggregate.