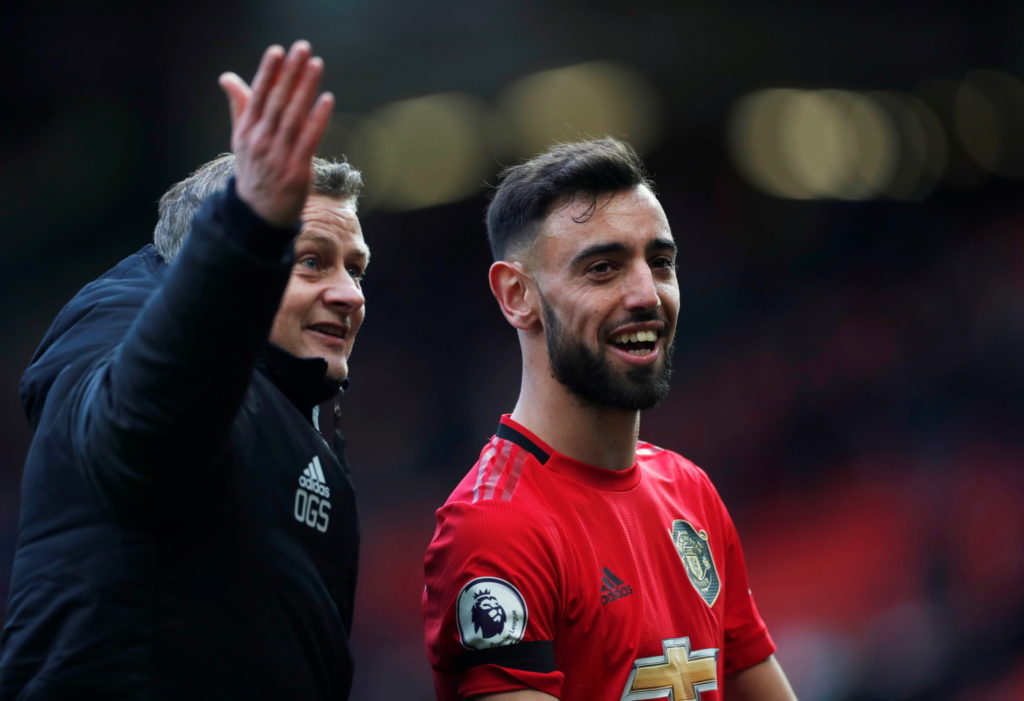 Manchester United's Bruno Fernandes says he is determined to "give more" and "be better" despite landing the Premier League's Player of the Month for February.

The Portugal international has made an impressive start to life in England having finally completed his move to the Red Devils from Sporting Lisbon during the January transfer window for a fee of around £46.6m.

With two assists and a goal in his three Premier League appearances in February, Fernandes has hit the ground running and his efforts have not gone unnoticed after he was awarded the Premier League’s Player of the Month.

However, the 25-year-old, who has been capped 19 times by his country, is eager to keep his feet on the ground and still feels like United fans will see even more from him going forward.

“Since I was a kid it was a dream to play for Man Utd, and to be there at Old Trafford is the biggest dream of my career,” Fernandes told the official Premier League website.

“When you come to a new club you always want to score, and the first goal is special. It doesn’t matter how the goal is scored, but important is the goal’s worth.

“I’m happy with my start, but from now I need to give more, to be better.”

Fernandes and his impact has come as a real boost for Manchester United boss Ole Gunnar Solskjaer as they look to leapfrog Chelsea into fourth place in the Premier League standings.

The Red Devils currently find themselves in fifth place in the table after 29 games of the season with just three points between themselves and Frank Lampard’s Blues.