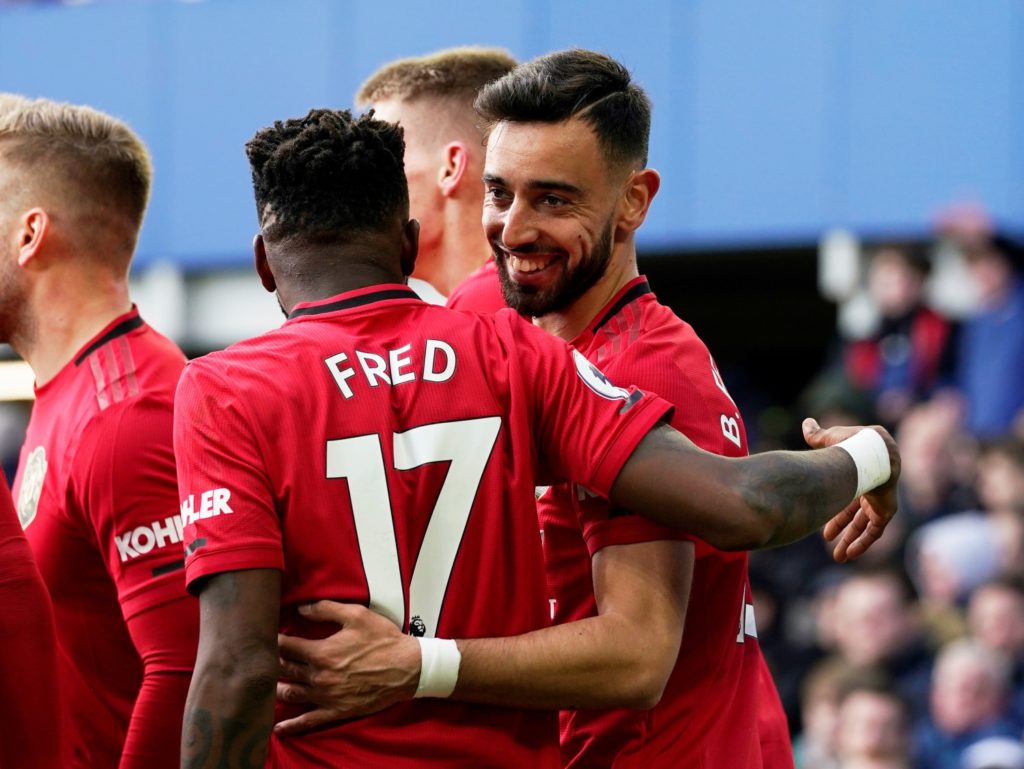 Bruno Fernandes says his January arrival is not behind Manchester United's recent upturn in form and insists it has been a team effort.

After a year of pursuing the Portugal international, the Red Devils finally got their man in January as they completed an estimated £60million deal with Sporting Lisbon for the midfielder.

It has so far proven to be money well spent with the 25-year-old hitting the ground running at Old Trafford, impressing in his nine appearances thus far.

Fernandes already has three goals and four assists to his name and has provided a cutting edge in United’s midfield that has been lacking at times over recent years.

Fernandes’ arrival has coincided with United enjoying their best run of form this season, Thursday’s 5-0 thrashing of LASK extending their unbeaten run to 11 matches, winning eight of those games.

The Portuguese has been praised for the major impact he’s had on the side with fellow January signing Odion Ighalo claiming the fans have yet to see the best of him.

Fernandes has been keen to downplay the importance of his role in the performances from Ole Gunnar Solskjaer’s men and says he thinks this run of form had been coming, based on what he saw when he first arrived.

“I see the same team from one month ago. I think we are the same and have a lot of hunger to win, to give a lot, to do better and better in every game,” he told Sky Sports.

“In the last month, we’ve had a lot of really good games and I think we can talk about a new start after Bruno, but it’s not about Bruno, it’s about the team.

“The team needs the right focus, the right decisions at the time and I think also if Bruno doesn’t come, Man United would win the same because one player doesn’t change a team.”

Fernandes went on to say that he didn’t hesitate when it came to signing for United and feels he made the right decision after his first six weeks at the club.

The midfielder says he’s quickly formed a friendship with Diogo Dalot and praised the right-back for helping him settle so quickly, while Solskjaer has also been credited for his fast start.

Fernandes says the Norwegian’s methods and the fact he played at such a high level has made it easy for him to strike up a rapport with the boss quickly.