Wolves starlet not ready to return just yet says Nuno 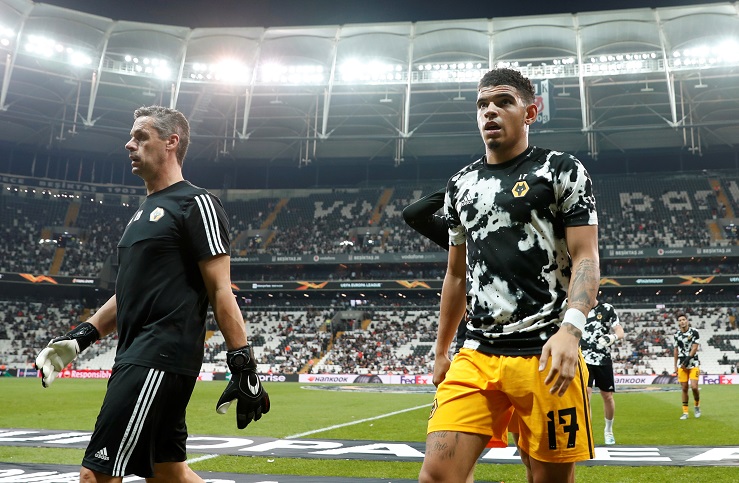 Wolves boss Nuno Espirito Santo says Morgan Gibbs-White is no nearer to making a return to action following a campaign disrupted by injury.

The talented 20-year-old midfielder has been dogged by a number of issues this season, the latest being a twisted ankle sustained while playing for the reserves earlier this month.

Nuno has given an update on the players fitness two weeks down the line and says although he is making progress and getting better he is still ‘not good’.

The Wolves boss has very high hopes for the youngster, but admits he needs to get back fit, stay fit and play some good consistent football.

“He’s had a season where there have been obstacles in terms of injuries and not being able to settle down, and perform in a continuous way, but we still have time,” Nuno said. “Hopefully he’s not going to be out for long and he will be able to join the group and keep on helping us.”

On this day in 2017, England's Young Lions beat Spain 5-2 to win the U17 World Cup for the first time 🦁🏴󠁧󠁢󠁥󠁮󠁧󠁿 pic.twitter.com/wUZjJSu10I

Gibbs-White last played for Wolves in the 2-1 defeat to Liverpool back in January and has made 13 appearances in total, but injury problems have not helped his cause.

Wolves also have plenty of quality in midfield with Nuno opting to go with Ruben Neves, Joao Moutinho, Leander Dendoncker and Romain Saiss, so Gibbs-White is behind them in the pecking order.

Nuno will have a decision to make moving forward and there is every chance the player could be sent out on loan to get some regular football under his belt to help aid his development.

There will be no shortage of clubs willing to take him but for that to happen first of all he has to get fit and be in a condition to play some regular first-team football.

Nuno could also bolster his midfield further in the next window, pushing him further down the pecking order.