Steele calls for Henderson to be handed United chance 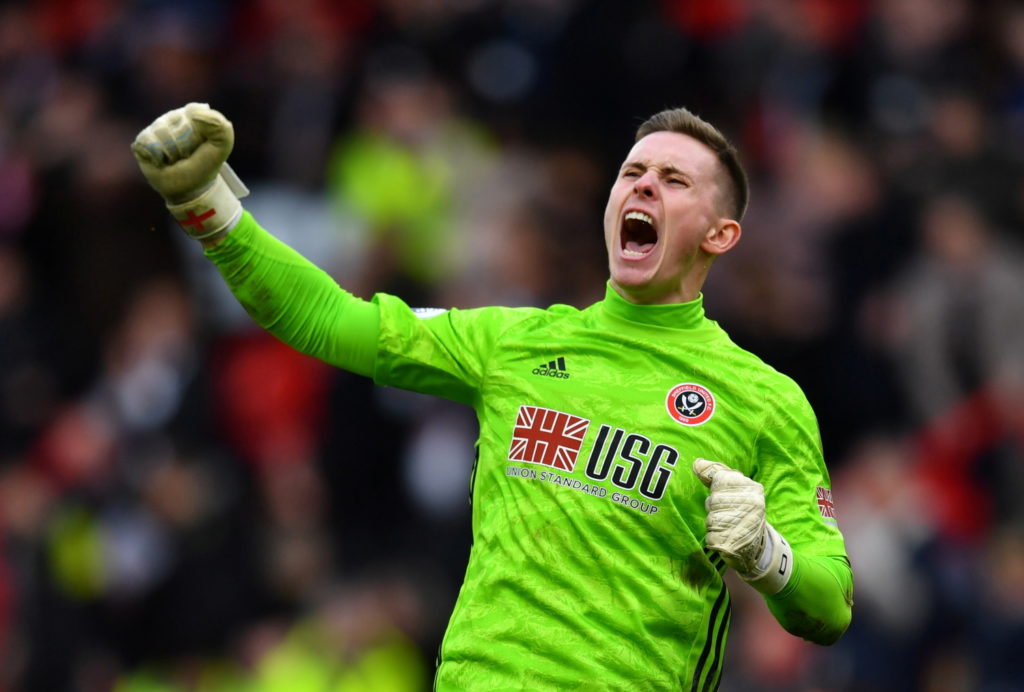 Former Manchester United goalkeeping coach Eric Steele has said Dean Henderson must be given an opportunity to put David de Gea under pressure.

The Red Devils are weighing up whether to bring the highly-rated shot-stopper back from his two-year loan stint at Sheffield United, where he has proved himself to be a top talent.

There is even talk the 22-year-old will earn England recognition before much longer, with concerns about the form this season of Everton goalkeeper Jordan Pickford.

For his part, Henderson is making it clear he would prefer to remain at Bramall Lane for another year, rather than play second fiddle to United’s current number one, De Gea.

Old Trafford boss Ole Gunnar Solskjaer hasn’t made his mind up just yet and is happy with the performances of current goalkeeping understudy Sergio Romero.

However, according to Steele, Henderson should return to the Theatre of Dreams and provide proper competition for De Gea between the sticks.

Steele insisted: “David (de Gea) needs a challenge. He doesn’t see that with Romero and Lee Grant. Romero has done what he was asked to do – he’s been a number two.

“He’s done a solid and sound job when he’s been asked to play (Romero), but I don’t see him as a number two who can become a number one, but I do see Henderson coming back and getting a 10-game run.

“Having Dean (Henderson) back will bring a massive challenge for David. Dean will have had a full Premier League season behind him and he’s proven in the top league and proven at all the clubs he’s played for (Stockport, Grimsby and Shrewsbury).”

United handed third-choice Grant a new 12-month deal earlier this month despite the veteran being out of contract this summer, suggesting Romero might have to move on if Henderson is indeed recalled.