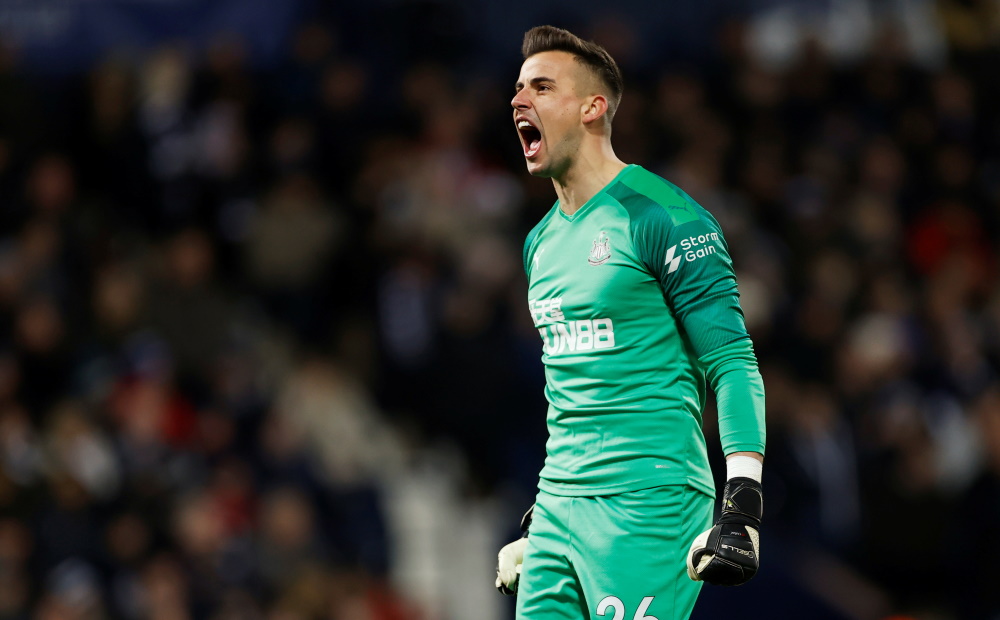 Goalkeeper Karl Darlow has insisted Newcastle United’s squad can write their own history in the FA Cup this season.

The Magpies reached the quarter-finals for the first time since 2006 with a 3-2 victory at Championship front runners West Brom on Tuesday night.

Newcastle have not reached the final since losing to Manchester United in 1999, having been beaten by Arsenal at Wembley the previous year.

The north-east outfit are 90 minutes from a Wembley semi-final and Darlow believes the team can go far in the competition after victory at the Hawthorns.

“We’ve named strong sides, if you like, and for a club as big as Newcastle, why can’t we go further?” Darlow told the club website.

“Obviously the club’s not done great in the past, but the manager came out in the press and set his sights out to get as far in the competition as we can.

“It’s the FA Cup, so whoever we’ve got next, we know we’ve got a chance. We stay grounded, we’ll see who we get next and hopefully we can grind out another result to get to Wembley.”

Extended highlights of last night's #FACup fifth round victory over West Brom at the Hawthorns are now available to watch on YouTube. #NUFC

Miguel Almiron’s double and Valentino Lazaro’s strike ended a month-long wait for a goal for Newcastle.

Matt Phillips and Kenneth Zohore scored in the last 16 minutes for the Baggies although on balance Newcastle deserved to go through to the last eight.

Darlow admitted it was a nervous end to proceedings but felt his team played some good football on the night.

“West Brom are a very good side – they’re top of the Championship and we knew we were going to be in for a tough test,” he added.

“We started off very well, passed the ball nicely and to create the chances that we did – and score three goals – was very good.”

Newcastle will now look to get their Premier League campaign back on track as they get set to face Southampton at St Mary’s on Saturday.