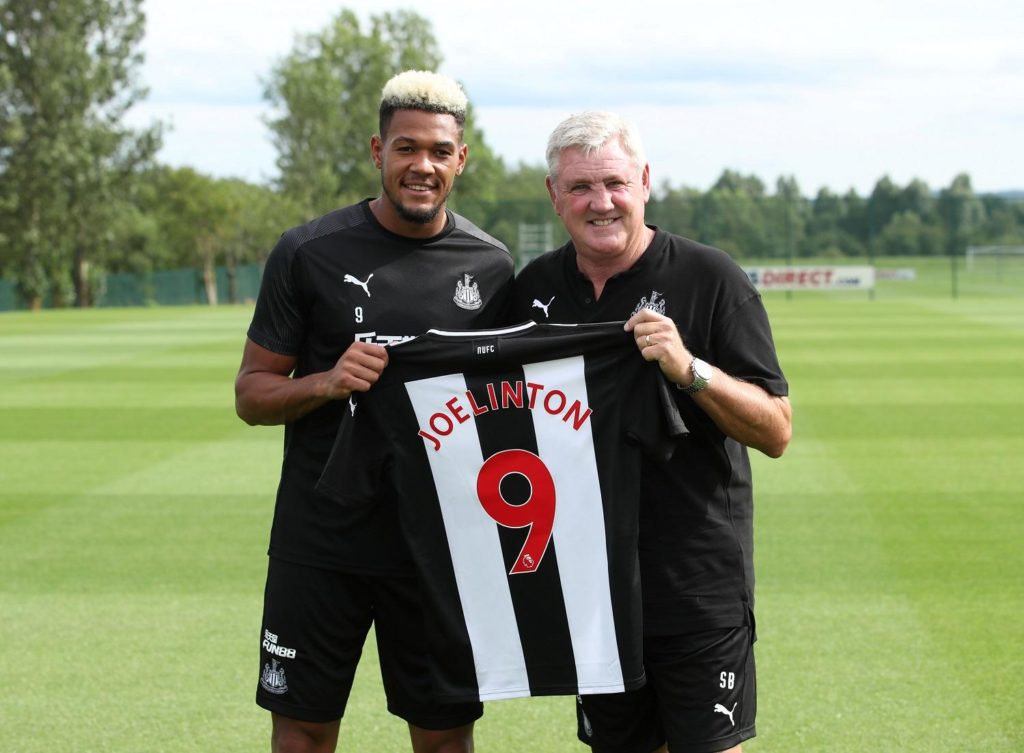 Newcastle boss Steve Bruce has defended Joelinton against mounting criticism and praised the character of the misfiring striker.

Eyebrows were raised when the Magpies paid Rapid Vienna a club-record £40m for the Brazilian last summer and doubts over his ability to score goals have proved to be justified.

The 23-year-old has bagged just one Premier League goal while contributing two in cup competitions and there is growing frustration among the supporters.

He seems devoid of confidence in the final third and it is a credit to the other members of the side that the Tynesiders have managed to reach 13th in the standings as the South American has started 27 top-flight games this term and contributed very little.

Bruce knows that Joelinton is under pressure but stressed that he has had little choice but to play the former Hoffenheim forward due to a lack of numbers.

“There’s been a lot on Joelinton, but we haven’t had the ability to change,” he told the Chronicle. “We haven’t been able to give him a break because of the problems we’ve had.”

Playing up front for Newcastle is one of the most high-profile positions in English football due to the history of the great number nines who have graced St James’ Park.

Failing to score for such a long period is bound to cause problems but Bruce has been impressed with the way he has dealt with adversity.

“He’s never squirmed away from it and he’s always trained well,” added the much-travelled coach. “It has been a big learning curve for him. But that is always the challenge when you bring in an overseas player.”

The north-east outfit have 35 points to their name after Saturday’s 1-0 victory over Southampton at St Mary’s, and next tackle high-flying Sheffield United at home on Saturday afternoon.