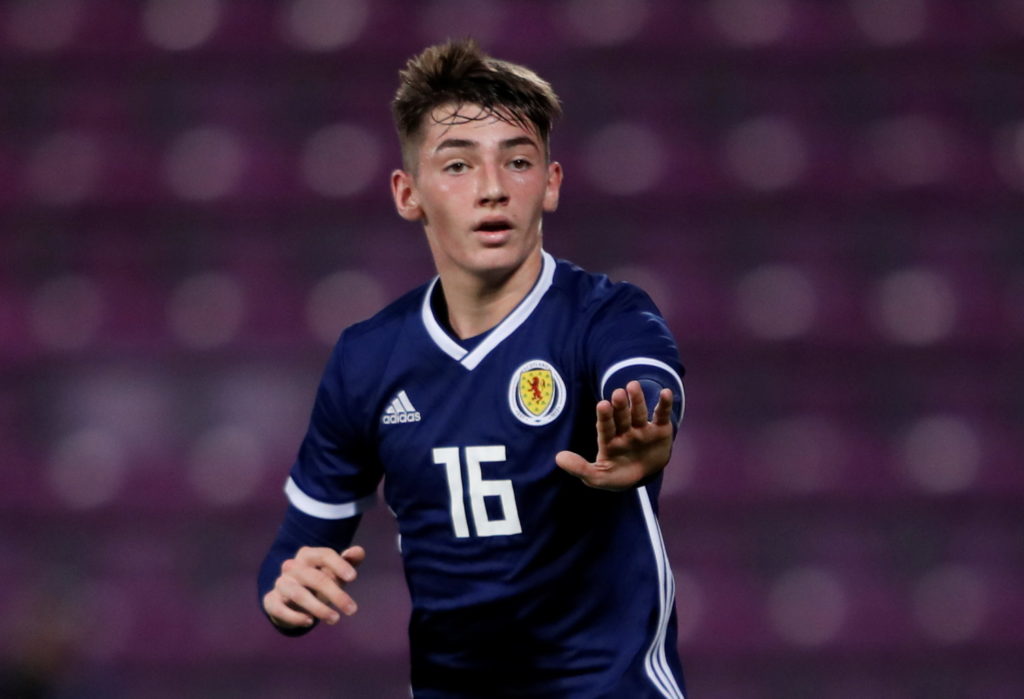 Chelsea starlet Billy Gilmour has been named in the Scotland under-21 squad for the Euro qualifiers with Croatia and Greece.

Gilmour has starred for Chelsea over the past week and was being widely tipped to earn a place in Steve Clarke’s Scotland squad.

The 18-year-old has represented his country of birth at several youth levels and already boasts 12 caps for the under-21s, scoring once.

His debut for the under-21s came at the 2018 Toulon Tournament, in a 1-0 win against France, and he went on to win the Revelation of the Tournament accolade.

It’s understood that Gilmour, who has been linked with Real Madrid and Barcelona, is eligible to represent England but he confirmed last year that his allegiance was solely with Scotland and, therefore, Clarke is under no pressure to hand over a first cap.

Clarke is, however, reportedly considering Gilmour for a senior role if Scotland earn a berth at this summer’s European Championships.

Hype has been growing around his potential over the past week following back-to-back man-of-the-match performances against Liverpool and Everton.

Scotland under-21 boss Scott Gemmill will be hoping that Gilmour can continue to impress when they play Euro Under-21 Championship qualifiers against Croatia and Greece on March 27 and 31 respectively.

Clarke’s side, which is set to be named early next week, face Israel in a Euro 2020 playoff semi-final on March 26 at Hampden with a potential final again Norway or Serbia to come on March 31.