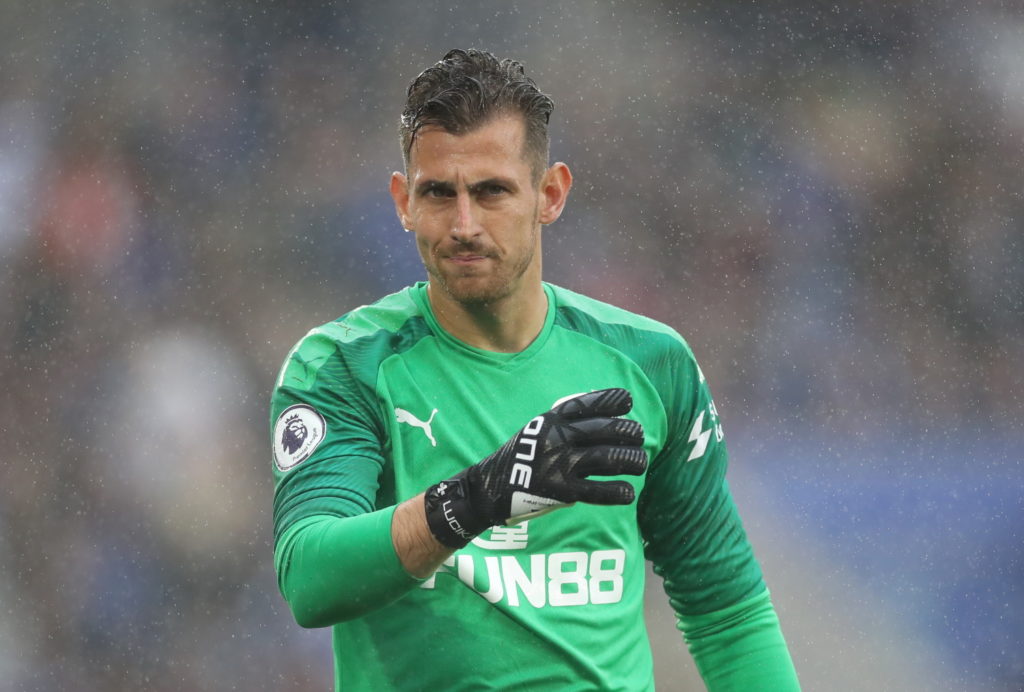 Newcastle have confirmed first-choice goalkeeper Martin Dubravka will be sidelined until at least the end of March after picking up a knee injury.

Slovakia international Dubravka, who has been an ever-present in the Premier League since making his debut for the club against Manchester United in February 2018, racked up his ninth clean sheet of the season in Saturday’s 1-0 victory at Southampton.

However, it was during the contest at St Mary’s that the 31-year-old was involved in a collision with English striker Danny Ings, who caught the knee of the keeper when attempting to get to a loose ball in the box first.

Although Dubravka played the rest of the match, he was seen boarding the team bus afterwards on crutches but the club were hopeful he would be fit enough to start in goal for the visit of Sheffield United this weekend.

However, Newcastle have revealed the keeper will definitely miss the Blades clash as well as the FA Cup quarter-final against Manchester City on March 21, with the Slovakian ruled out for at least the rest of the month.

The club said in a brief statement: “Newcastle United can confirm that goalkeeper Martin Dubravka suffered a knee injury in Saturday’s Premier League win at Southampton.

“The Slovakia international was hurt just before the hour mark at St Mary’s but played on, keeping his ninth clean sheet of the season as Steve Bruce’s side gained three valuable points.

“He was then assessed on Monday and has now been ruled out for at least the rest of this month.”

Dubravka’s injury will also come as a blow to Slovakia, who are due to face the Republic of Ireland on March 26 in a Euro 2020 play-off match, with the winner taking on either Bosnia-Herzegovina or Northern Ireland for a place in the finals.

Newcastle will have Karl Darlow, who has made five appearances in cup competitions this season, in between the sticks this weekend as he prepares to make his first league outing in more than a year.

Any injury or suspension to Darlow would see the Magpies look to Rob Elliot, the Republic of Ireland international who has not made a senior appearance for club or country since December 2017.