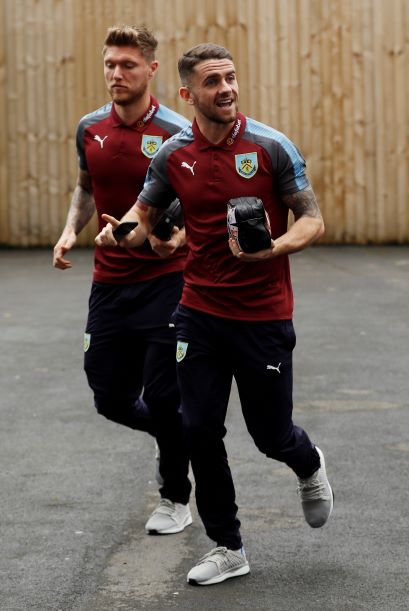 Newcastle United are reportedly plotting to swoop for Burnley midfielders Robbie Brady and Jeff Hendrick on free transfers this summer.

Teamtalk claim the Magpies are preparing to pinch the Irish duo for no fee when their contracts expire this summer.

Both players will be free to leave Turf Moor on free transfers unless renewals can be agreed and Burnley have been in talks over fresh terms with Hendrick.

The 28-year-old signed a one-year contract extension in December 2018 and has become a key player for Sean Dyche, although he remains underrated by many Clarets fans.

Newcastle boss Steve Bruce is said to be a huge fan of the ex-Derby County star and is also keen to be reunited with his Burnley team-mate Brady.

Bruce signed the Republic of Ireland winger for Hull City nine years ago and the ex-Manchester United starlet spent three seasons under the management of the Newcastle boss.

The report claims that Bruce feels a swoop for both Burnley stars ‘would offer versatility and provide cover in a number of areas’ at St James’ Park.

It is also stated that the idea of plucking two established Premier League players away from Burnley for nothing appeals to Newcastle’s hierarchy.

The club have been trying to tie Matty Longstaff down to new terms in a bid to stop him from being able to leave for a small amount of training compensation in the summer.

The situation has been complicated because Longstaff and his older brother Sean are reportedly in the process of switching agents.

Should either – or both – Longstaffs leave then Newcastle will certainly be in the market for another central midfielder this summer.

Celtic are also understood to be monitoring Brady and Hendrick, but the Scottish champions are unlikely to go as high as Newcastle could in terms of wage packages for the soon-to-be free agents.