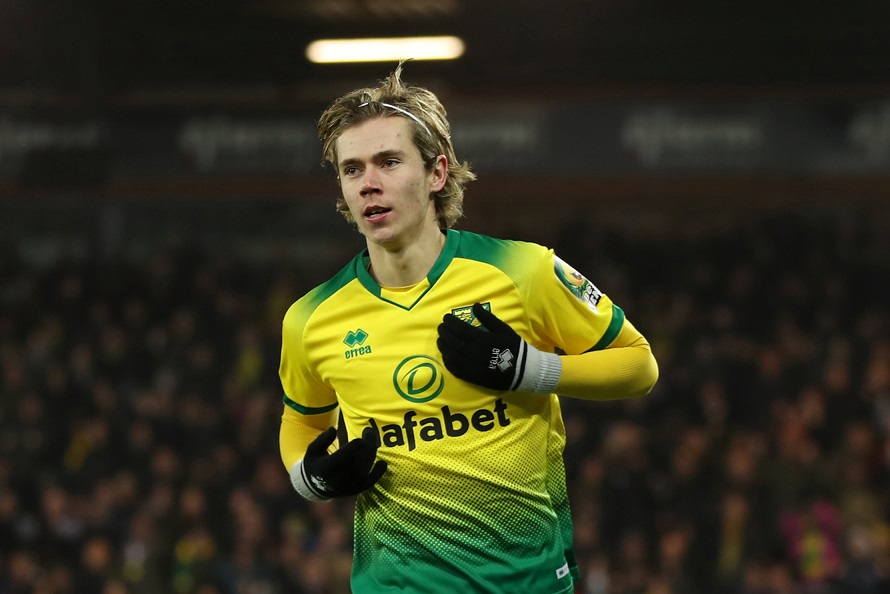 The 21-year-old has been a standout player for Daniel Farke’s side in a season which is likely to end in relegation to the Championship for the Canaries.

That will inevitably lead to a player exodus of some degree and Cantwell’s form means that a number of the big guns are likely to start circling.

Cantwell, capped once by the England Under-21 side, has played in all 26 of the East Anglians’ top-flight games this term, starting 22, with six goals to his name to date.

The Norfolk-born starlet, who has also provided two assists, played the full 90 minutes as Farke’s men lost 1-0 to runaway Premier League leaders Liverpool on Friday night and so Reds boss Jurgen Klopp got an up close and personal look at the talented schemer.

A report in The Athletic suggests that the Anfield giants have ‘intensified their interest’ in the player in recent weeks and may make a move at the end of the campaign.

It proves what a forward thinking manager Klopp is, as his current squad appears to have few weaknesses but he is still looking to improve.

It is thought that Cantwell will be priced at around £30million  – a snip in today’s market but it remains to be seen if he would want to join a club where he may be on the bench more than in the starting line-up.

Manchester City, Tottenham Hotspur and Manchester United are also thought to be keen but the lure of playing for a club that, barring a disastrous run-in, will waltz to the title may be too much to turn down.

Adam Lallana could leave the Merseysiders in the summer and so that is one potential obstacle to a first-team berth out of the picture.