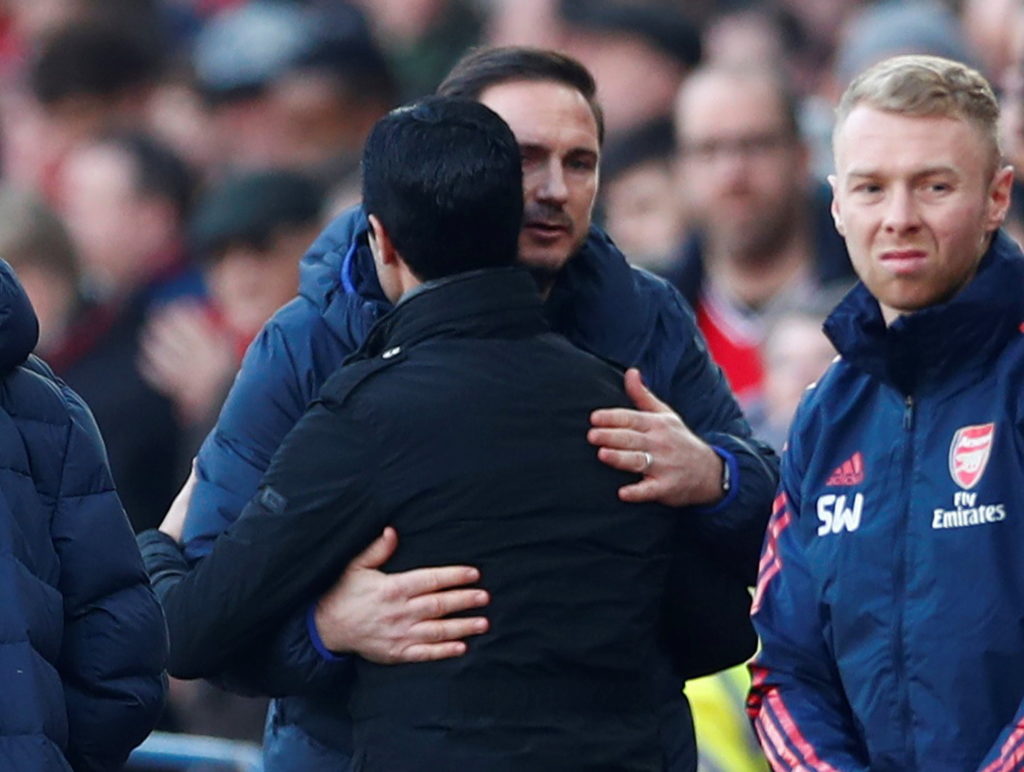 Chelsea can do the double over Arsenal for the first time since 2015-16 when the London rivals meet for the 200th time across all competitions on Tuesday.

The Blues came from behind to earn a 2-1 triumph at the Emirates on December 29, with Jorginho and Tammy Abraham notching in the last 10 minutes.

They are still heavily fancied to secure a top-four finish despite suffering a setback on Saturday when losing 1-0 at Newcastle.

That was Chelsea’s first defeat across all competitions in four matches, since losing 2-0 at home to Southampton on Boxing Day.

Frank Lampard is set to be boosted by the return of defensive duo Reece James and Marcos Alonso after injuries and may look to freshen up his backline.

Arsenal’s hopes of challenging for a top-four spot are hanging by a thread and victory in west London is a must.

The Gunners start the evening 10 points adrift of the Blues, who sit fourth, but have shown signs of improvement since Mikel Arteta came in.

They are unbeaten in four matches in all competitions, losing just one of Arteta’s six games in charge, but that defeat came at the hands of Chelsea.

Top scorer Pierre-Emerick Aubameyang serves the second game of his three-match ban so Gabriel Martinelli could be set for a second successive start.

Arteta has injury concerns at the back, with Sokratis set to be assessed, while Sead Kolasinac and Kieran Tierney are unavailable.

Chelsea have prevailed in six of the past seven Premier League meetings with Arsenal at Stamford Bridge, drawing the other encounter.

Tonight will be our 2️⃣0️⃣0️⃣th game against Arsenal in all competitions!

What are your favourite #CHEARS moments? pic.twitter.com/Risy4i6Kw5

Arsenal’s last victory at the Bridge came back in October 2011 when they ran out 5-2 winners, with Arteta (Arsenal) and Lampard (Chelsea) both getting on the scoresheet.