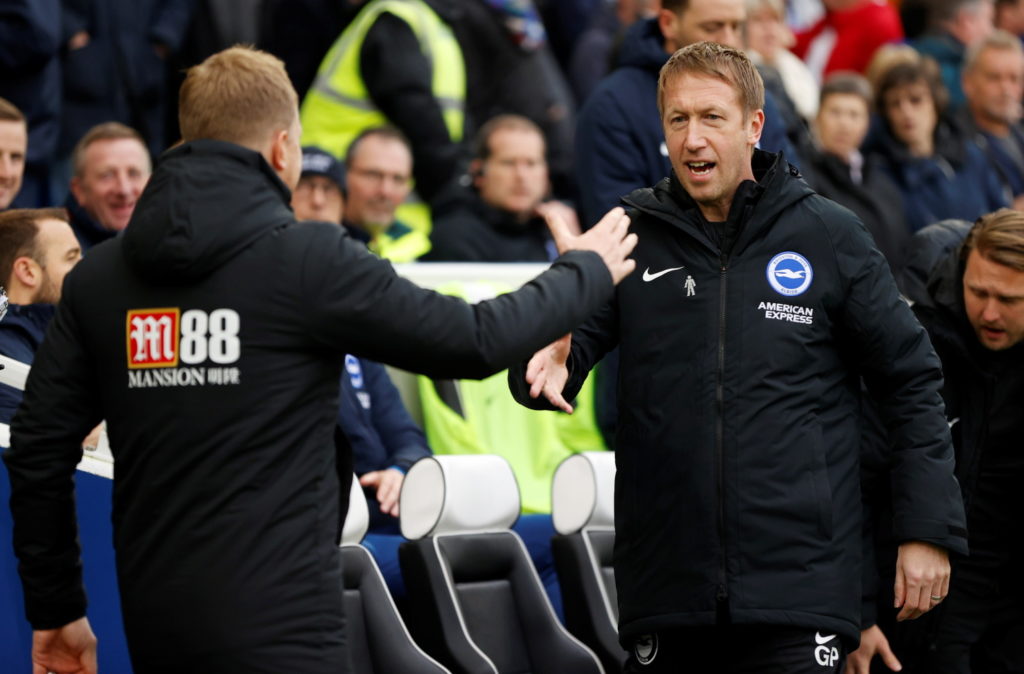 Bournemouth desperately need to pick up a win when they welcome Brighton to the Vitality Stadium on Tuesday.

The Cherries are in serious danger of losing their place in the Premier League this season after dropping into the bottom three over recent weeks.

A run of six games without a win and failing to score in their last four has put boss Eddie Howe under a huge amount of pressure.

Bournemouth still have more than enough time to salvage their campaign, with just a three-point gap to safety but they cannot afford to let their current form continue.

Tuesday’s visit of Brighton, who are just five points better off, could prove to be a season-defining match for the south-coast outfit.

Captain Steve Cook is unavailable after picking up a red card in the 1-0 loss to rock-bottom Norwich on Saturday.

Summer signing Lloyd Kelly is in contention to make his Premier League debut after recovering from ankle and thigh injuries.

Brighton have endured a mixed season under Graham Potter and are also in danger of being dragged into a relegation battle after winning just once in their last eight outings.

That victory did come at home to Bournemouth and they will make the journey across the coast with confidence.

However, away form has proven to be a big concern for Potter, with just two victories away from the Amex in 2019-20.

Potter has no fresh injury concerns to contend with as Jose Izquierdo and Dan Burn, who signed a new contract on Tuesday, remain in the treatment room.

Brighton are looking to do the league double over Bournemouth for the first time since 2007-08 when they were in League One.