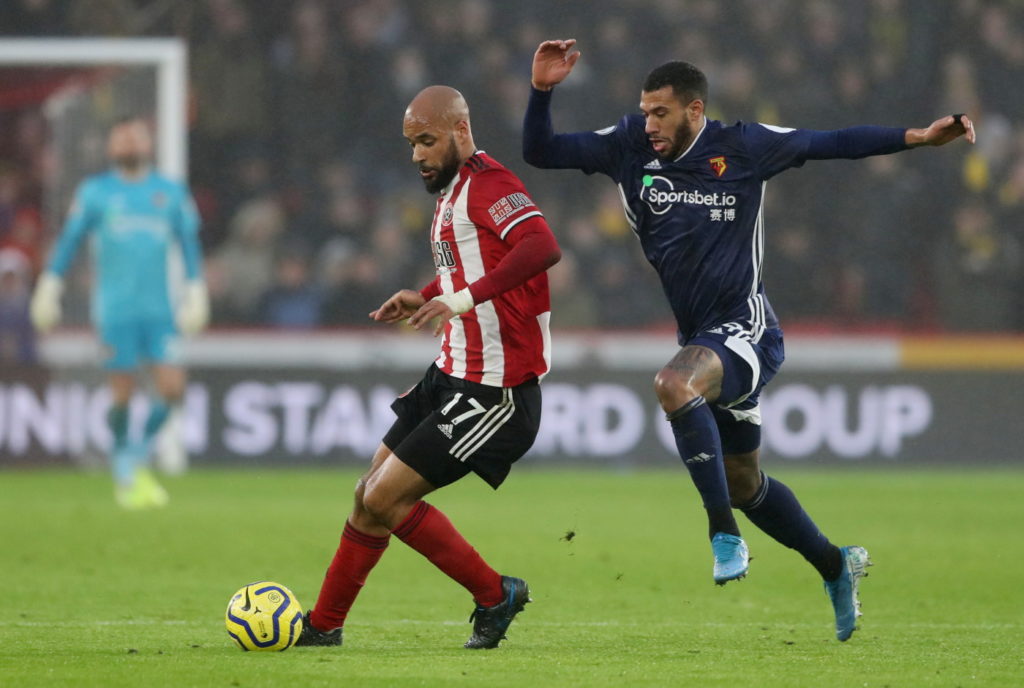 Chris Wilder is keeping his fingers crossed that forward David McGoldrick will be fit enough to feature in Sheffield United's clash with Bournemouth on Sunday.

United will be looking to bolster their chances of securing a top-six finish by claiming victory when the Cherries visit Bramall Lane in the Premier League this weekend and the return of Republic of Ireland international McGoldrick would certainly aid their cause.

The 32-year-old has not featured since last month’s 1-0 victory over West Ham because of a foot problem, but he had been expected to return to the fold for the Blades’ trip to Crystal Palace last weekend.

However, the former Ipswich star suffered a setback in his recovery in the build-up to that match and he was subsequently not included in the matchday squad.

McGoldrick now faces a race against time to prove his fitness ahead of the weekend, but Wilder is hopeful the forward will be able to play at least some part.

“David had a bit of a set-back. We’ll take another look and hopefully he’ll be okay for the weekend,” Wilder was quoted as saying by The Star. “If not, then we’ll go with what we’ve got.”

The experienced frontman has been a regular feature for United since their return to the Premier League, starting 16 of their 22 league games.

He is yet to break his Premier League duck but despite his failure to find the back of the net, Wilder is under no illusions just what an important role McGoldrick plays for the team.

“We all know what Didzy brings to the table,” Wilder added. “When he plays well, we play well. That’s plain for all to see.”

The Blades do have plenty of striking options to cover if McGoldrick is once again absent this weekend, with Billy Sharp and Oli McBurnie having started at Palace and Lys Mousset coming off the bench.

Deadline day recruit Richairo Zivkovic could also come into contention to make his debut against Bournemouth – the Dutchman having joined on loan from Chinese club Changchun Yatai.