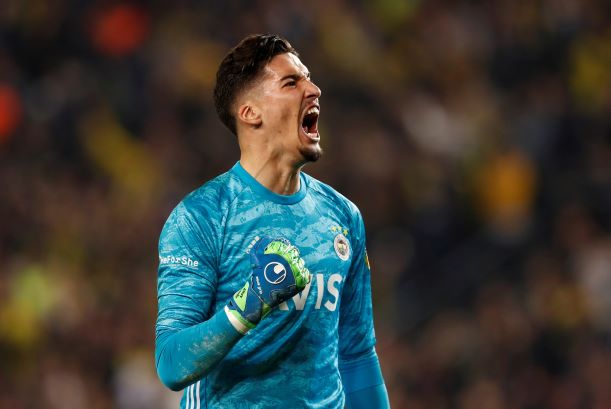 Sheffield United have been linked to Fenerbahce's talented goalkeeper Altay Bayindir amid concerns that Dean Henderson won't be returning for another season.

Reports in Turkey claim the Blades are keeping tabs on Bayindir as they scour the world for a new first-choice custodian.

His reputation is growing both inside and outside Turkey after a string of fine displays for Fener, whom he joined last summer from Ankaragucu for just 1.5m euros.

He has started all 21 league matches for the Istanbul giants, who are just four points off the top and vying for a Champions League slot.

Fotospor state that Fenerbahce officials value Bayindir so much that they wouldn’t let him go for anything less than a tenfold profit – approximately 15m euros.

He does not lack size at well over 6ft tall and he has the build to intimidate opposition forwards.

And Bayindir has recently earned full international recognition after being called up to Turkey’s senior squad for their Euro 2020 qualifier against Andorra in November after a handful of Under-21 caps.

Whether Chris Wilder decides to make a move remains to be seen, but the Blades are now scouting overseas more than ever before after establishing themselves back in the Premier League.

Henderson’s future is linked to any moves made for a goalkeeper with Wilder preferring to keep hold of the Manchester United loanee for another year if possible.

The 22-year-old Cumbrian, however, last week restated his ambition of playing for his parent club and his recent form makes many believe he is up to the task of performing well under the Old Trafford microscope.

Henderson told the Kelly and Wright show: “The big dream is to play for Manchester United one day. I’ve always had that dream throughout my life so until that’s accomplished I’ll never think I’ve made it.”