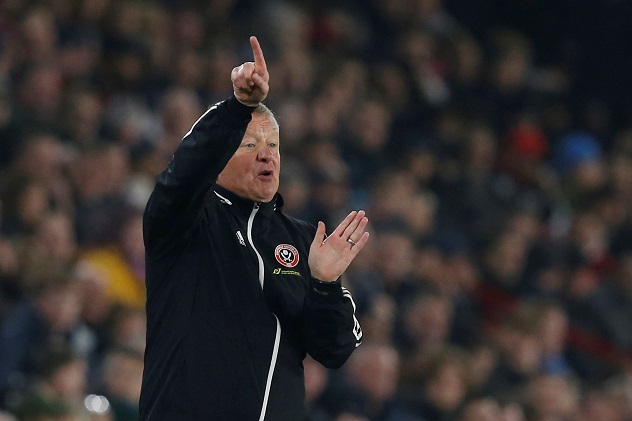 Chris Wilder appears to have acknowledged that Sheffield United are now safe in the Premier League but he does not want his side to rest on their laurels.

Sheffield United have been the surprise package in the Premier League this season, as they currently sit seventh in the standings and are only four points off the top four, despite being tipped by many to be relegated straight back to the Championship at the start of the campaign.

Saturday’s 1-1 draw with Brighton extended the Blades’ latest unbeaten run to four matches and took them to the magic 40 points total that is generally seen as being the tally required to guarantee Premier League survival.

The fastest we’ve earned that total in a top flight season in 48 years 😳 pic.twitter.com/QmhDhDv5Da

United have reached that total with 11 league matches still to play and it appears Wilder has now acknowledged they are safe for another season, although that does not mean his players will be taking their foot off the gas, as they still have plenty to play for, including the potential to bring European football to Bramall Lane for the very first time.

“To get to 40 is great but we are after more,” Wilder told reporters. “We’ve got some fantastic games coming up that we are all looking forward to and a tough FA Cup tie that we will go and attack in the same manner.

“I’m delighted with how everything is going – performances, points tally and the way we are going about it and how we have played in this brilliant division.”

Sheffield United are not in action this weekend, as their scheduled opponents Aston Villa are involved in the EFL Cup final against Manchester City.

The Blades’ next match will instead come on March 3 when they travel to Championship outfit Reading in the fifth round of the FA Cup.