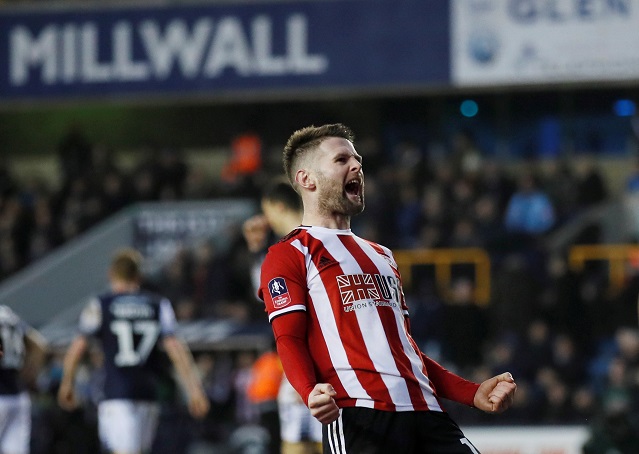 In the Blades’ 130-year history, they have never played football on the continent but have a great opportunity to break that duck by the middle of May.

Chris Wilder’s men are currently seventh in the table, just one point behind Manchester United in fifth spot.

Manchester City’s two-year ban from European competitions – pending an appeal – has opened up a Champions League place to those who finish fifth in the Premier League.

And, if City win Sunday’s Carabao Cup final against Aston Villa, there will be an extra place in the Europa League.

The Blades have been acclaimed by many this season as they have confounded pre-season expectations of being a relegation candidate.

Wilder has stuck to his football philosophy and United have achieved a string of impressive results on their way to seventh.

He has done it with several players who have risen up with him from League One and the Championship.

A hard earned point at Bramall Lane as we reach 40 points! pic.twitter.com/ljmH5rTFjF

One of those is Norwood, with the Northern Ireland midfielder being an ever-present in the line-up this season.

And, the 28-year-old says he and his teammates will not “shy away” from potentially making history at the club at the end of the season.

“We definitely look at it as a big opportunity. We’ve put ourselves in a great position,” the set-piece wizard admitted.

“We’ve spoken about it and have dreamed of being in there. We’re not shying away from the fact that we’ve put ourselves in this position. But whoever gets there will have earned it.”

The Blades could only muster a 1-1 draw at the weekend after Brighton nicked a point from Bramall Lane.

United are next in Premier League action a week on Saturday as they welcome basement side Norwich to Bramall Lane.

Before that, they travel to Berkshire to face Reading, in the FA Cup fifth round on March 3.