Hasenhuttl not rushing to tie down Hojbjerg 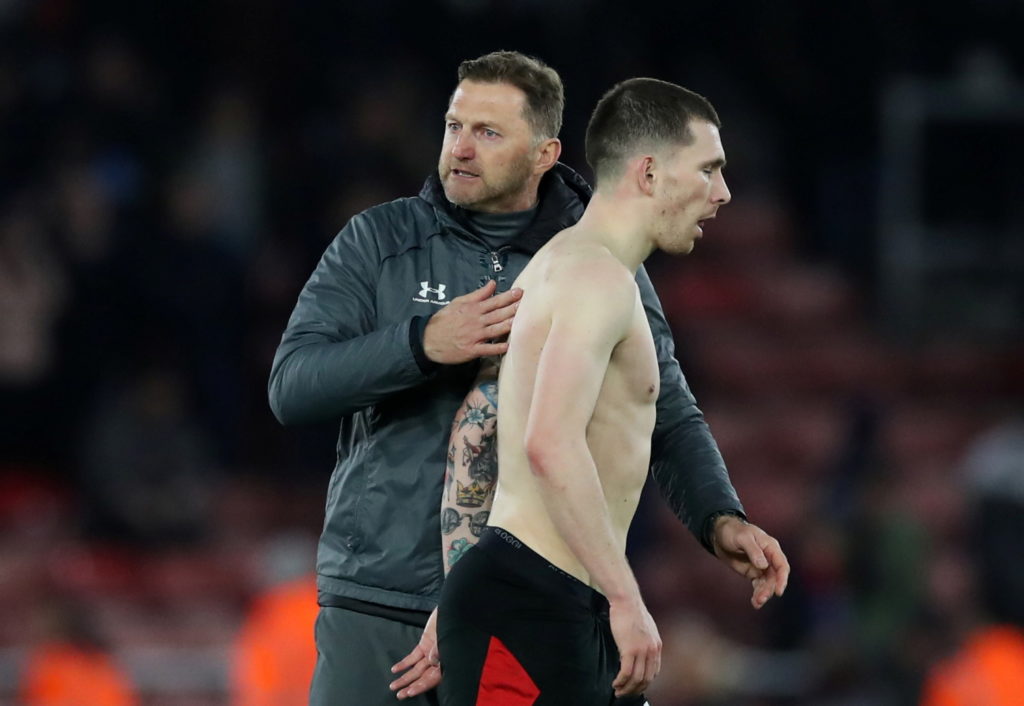 Southampton boss Ralph Hasenhuttl insists he is in no rush to offer Pierre-Emile Hojbjerg a new contract.

Hasenhuttl recently revealed that new deals wouldn’t be negotiated until Southampton reached 36 points, and that stands for Hojbjerg despite being heavily linked with an exit last month.

The midfielder will enter the final year of his deal at St Mary’s at the end of this season but it appears club, manager and player are relaxed about the situation.

Tottenham, Everton and Arsenal were understood to be considering a bid for Hojbjerg during the January transfer window, however, an official offer was never received by the Saints.

Tottenham are hoping to sign Southampton captain Pierre-Emile Hojbjerg before the transfer deadline, with Arsenal and Everton also interested, according to Sky Sports News 💰 pic.twitter.com/UHZRHmy01u

Hojbjerg has become a key figure with the south coast club since making the switch from Bayern Munich in the summer of 2016.

Southampton paid a fee in the region of £12.8million to bring him in from the Bavarian giants but the Dane took a while to settle.

Fans were not convinced by his ability in the first couple of seasons in the Premier League as he put in some erratic performances.

The 24-year-old has improved over the past two seasons and was handed the captaincy by Hasenhuttl in 2018.

That seems to have helped Hojbjerg to mature and the Southampton faithful are seeing why there was so much hype around him when he made the move.

Despite the threat of potentially losing Hojbjerg, Hasenhuttl insists he isn’t going to go back on his decision to wait until they hit 36 points, therefore further boosting their survival hopes, before entering into talks.

Hasenhuttl said: “No news on this because there’s no speaking of any contracts before we have 36 points. It was a good decision to do this because the main thing is playing better and investing more. The rest will come.

“He enjoys playing in the team at the moment, he sees we’re in a good way and as a captain, he’s responsible also. An important message for him also is that he sees we’re going in a clear direction as a club which is important for him.”