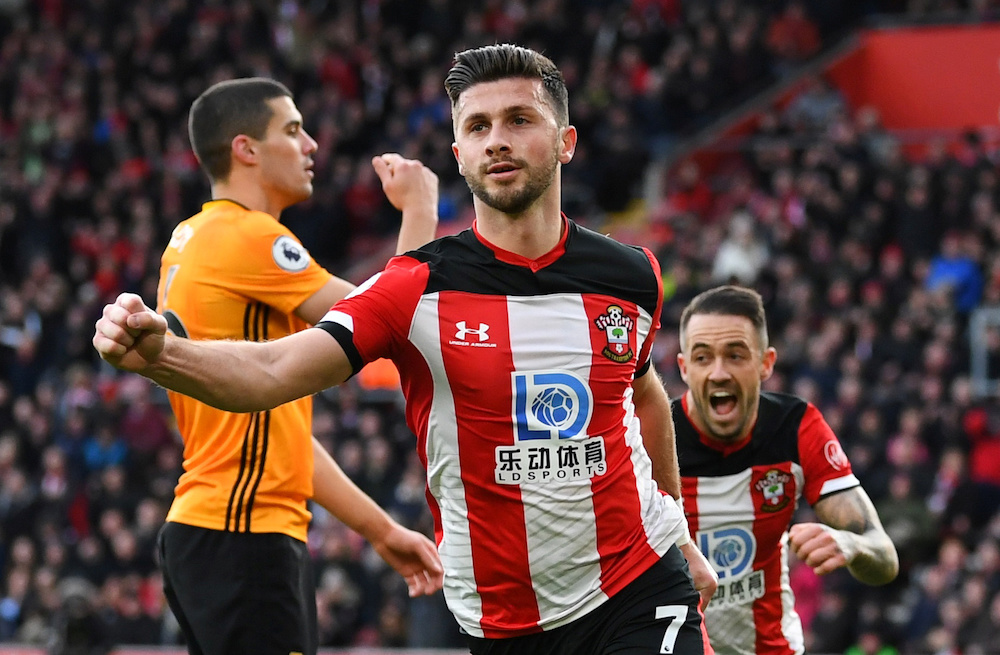 Southampton are expected to retain the services of Shane Long beyond the end of this season and have tabled a two-year contract extension.

The 33-year-old had looked set to fall out of contract in the summer having been used sparingly during the initial stages of Ralph Hasenhuttl’s tenure as Saints head coach.

The Republic of Ireland international’s lack of return in front of goal – scoring 34 times in 201 appearances for Southampton – had lead many close to the St Mary’s outfit to suggest they would allow Long to become a free agent but the landscape has changed dramatically since December.

The ex-Reading and Hull forward’s return to the first-team set-up at the end of 2019 coincided with an upturn in form for Southampton, who now find themselves sitting seven points clear of the relegation zone.

While Long is still struggling in front of goal, breaking his duck for the season against Wolves last month before getting on the scoresheet in the FA Cup loss at Tottenham, Hasenhuttl is understood to be a keen admirer of the forward.

1 – Shane Long has scored his first goal away from St. Mary’s since April 2019 (v Watford), ending a run of 12 appearances without finding the net away from home. Relief. pic.twitter.com/rMG6SFDdT0

The Austrian is a fan of Long’s work ethic and selflessness, and that looks set to lead to the club handing him a new deal.

The Saints are confident of securing Long’s future before the end of the season and are reportedly ready to offer him an extension through until the summer of 2022.

Long and his family have settled on the south coast having originally moved from Hull in 2014 and he’s thought to be open to the proposal of extending his stay with Southampton after reclaiming his place in the first-team.

Hasenhuttl believes Danny Ings wouldn’t have been as productive in front of goal, netting 17 times this season, were it not for Long, who has edged out Che Adams and Michael Obafemi to claim the second striker’s spot.

With Adams struggling to adapt to life in the Premier League and Obafemi still cutting his teeth in senior football, Long’s position in the Saints team seems secure for the foreseeable future.

It is expected Long will again partner Ings up front on Saturday when Southampton return to action after the winter break with a clash against Burnley.