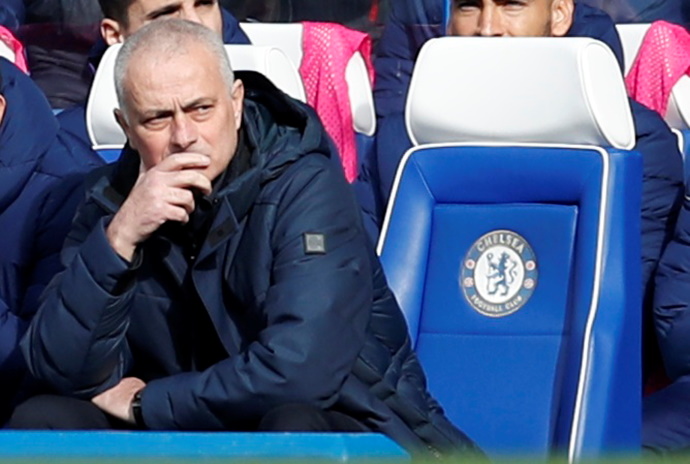 Jose Mourinho is hoping some of his injured stars can make a miraculous recovery to bolster his beleaguered Tottenham squad before the season is over.

Mourinho has previously said that he does not know whether Harry Kane or Son Heung-min will play again this term after respective hamstring and arm operations.

But speaking after Saturday’s 2-1 defeat against Chelsea, he is now hoping that one of them defies medical science to make it back quicker than expected and give his side a boost.

“I hope that by April, Sonny or Harry makes a fantastic recovery like Hugo Lloris did,” he said. “Hugo came to play a couple of weeks before the expected time. Nobody expected him to come when he did.

“So with effort of the players, medical people, sports science people that works with the injured players, let’s hope it’s not until the end of the season.”

Meanwhile, Mourinho again admitted he is dreading the final three months of the season after Tottenham suffered a big blow in the race for the top four at Stamford Bridge.

The thoughts of Jose after today's defeat against Chelsea: #THFC ⚪️ #COYS pic.twitter.com/Lr9nyqvW4n

Spurs are also in the thick of a six-way battle for fourth spot, are still in the FA Cup and are not out of the Champions League yet, despite Wednesday’s last-16 first-leg loss to RB Leipzig.

But Mourinho appears ready to write off the remainder of this campaign. Speaking to the press after the game he repeated what he said in midweek following the RB Leipzig defeat. Saying he wished it was July 1 and he was starting pre-season with a fully fit squad.

Mourinho accepts there is still all to play for but says it is going to be a ‘long three months’ as he attempts to juggle his injury-hit squad.

“It’s going to be very difficult, especially when we go into an accumulation of matches. We don’t even magic players to rotate the other ones, that is the big problem for us.”