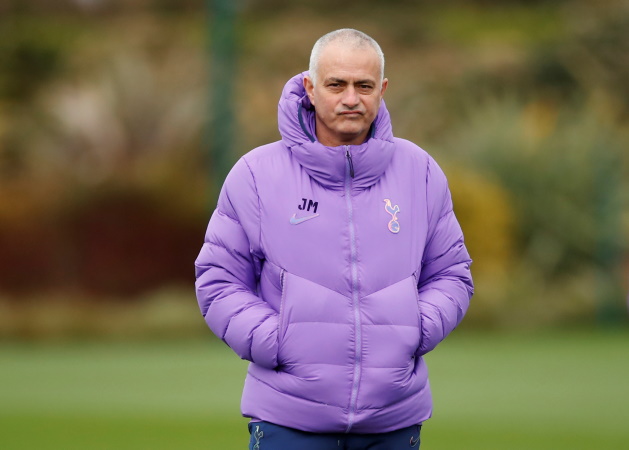 Tottenham boss Jose Mourinho is urging his side to stay in the battle for a top-four spot until the injury list starts to clear.

Spurs are embroiled in a battle for fourth place with the likes of Chelsea, Manchester United, Sheffield United and Wolves, but their chances of making it have been dealt a blow by the loss of some key players.

Having lost at Chelsea last week, Mourinho’s side face another potentially defining game at home to Wolves on Sunday, with the chance to move four points clear of them.

Even though Harry Kane, Moussa Sissoko and Son Heung-min are all unavailable, they are all expected to play again before the end of the season.

But there are some huge games to play before then and Mourinho says his side have to “survive” in the race until Kane and the other players are back.

Tomorrow: Wolves are in town as the battle for the top four continues! 🔜#THFC ⚪️ #COYS pic.twitter.com/gk3D35JTg1

“We just need to be in contact because I think this is going to last until the end of the season,” Mourinho said. “So we need to fight for every point and now it’s about Wolves – a team that is one point behind us and we know how difficult it’s going to be, but I think this week we prepare ourselves very well for this match.”

The possibility that finishing fifth could lead to a Champions League place, owing to Manchester City’s European ban – against which they are appealing, has opened up the race and, with the title now a foregone conclusion, that could be where the drama is at the end of the season.

Mourinho says it is an ‘open fight’, one that both Tottenham and Wolves are involved in, making Sunday’s game even bigger.