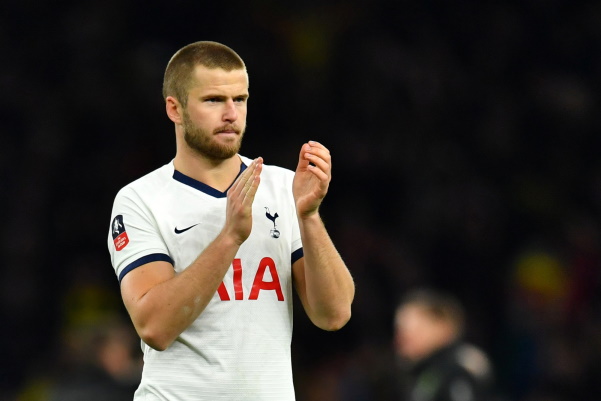 Tottenham boss Jose Mourinho condemned Eric Dier following his altercation with a supporter in the stands but says he can understand why he did it.

Tottenham’s season took another turn for the worse as they crashed out of the FA Cup at the fifth-round stage when losing 3-2 on penalties  to Norwich at the Tottenham Hotspur Stadium on Wednesday night.

Then in the aftermath of the penalty shootout defeat to the Canaries, Dier climbed into the lower tier of the West Stand and confronted a fan, who is alleged to have been arguing with his brother.

Footage has gone viral on social media and England international Dier is set to come under investigation from the Football Association.

Despite going out of the FA Cup, the incident involving Dier and the fan dominated the press conference after the game and Mourinho took the opportunity to stand up for his player, even though he also admitted he was in the wrong.

Eric Dier just ran into the crowd and started having it out with a fan.. 😳😳😳 https://t.co/6Db0OygpqG

“I think Eric Dier did something that we professionals cannot do but in these circumstances every one of us would do,” Mourinho said.

“Because when somebody insults you, and your family is there, and you get involved with the person that is insulting you, in this case a younger brother, I think Eric did what we professionals cannot do. But I repeat, probably everyone of us would do.”

It capped a miserable night for Spurs, who were on their way to the quarter-finals of the FA Cup until Norwich came fighting back from 1-0 down to take the game into extra time.

Spurs had lead following a Jan Vertonghen goal in the 13th minute, before Josip Drmic equalised 12 minutes from time to take the game to penalties which the Canaries won 3-2.

Speaking after the game, Mourinho again pointed the fact that his players are struggling to cope with the heavy workload as he is unable to rotate his side due to a crippling injury list.

“I think we don’t deserve the result but that’s football. As you can expect it was a difficult game, as I could expect some of my players were really, really in trouble and they made an incredible effort to try,” he said.

“Harry Winks was completely dead. I think he’s started 11 to 12 games in a row, we had many, many players in trouble.”