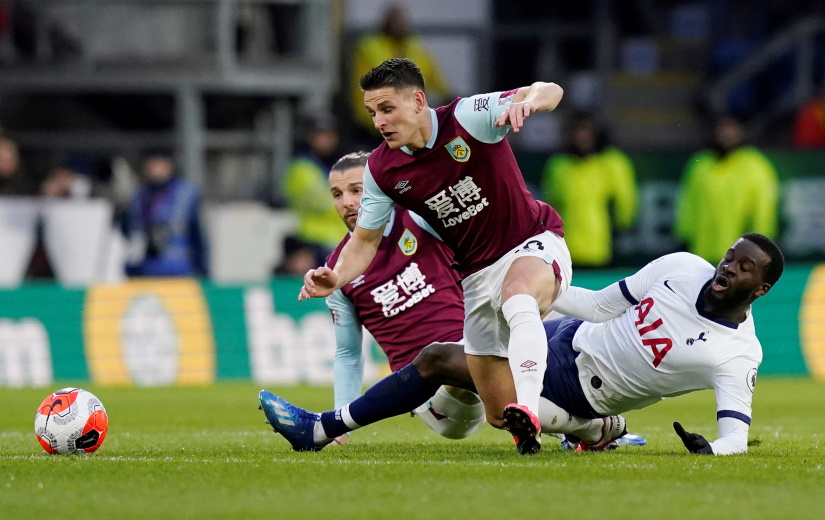 Tottenham boss Jose Mourinho says Tanguy Ndombele has had enough time to adapt to English football and now is the time to start producing the goods.

Ndombele joined Spurs from Lyon in a deal that could eventually be worth £63million but the midfielder has failed to establish himself in his first season with the north Londoners.

He was handed only his third Premier League start this year but attracted Mourinho’s ire after Tottenham were thoroughly outplayed in the opening 45 minutes by Burnley, who had gone ahead early on through Chris Wood.

Ndombele was taken off at half-time alongside fellow midfielder Oliver Skipp but Mourinho absolved the teenager of any blame, instead criticising the Frenchman before demanding more of a return from him.

Mourinho introduced Giovani Lo Celso and Lucas Moura at the break and later claimed that Tottenham ‘did not have a midfield’ in the first 45 minutes of the 1-1 draw with the Clarets.

Skipp escaped the wrath of Mourinho, but Ndombele was told he should be doing more after joining Spurs in the summer.

“But a player with his potential, with his responsibility, I think he has to give us more than he is giving us.”

The introduction of Lo Celso proved a masterstroke as the midfielder pick-pocketed Jay Rodriguez before laying off for Erik Lamela, who went over the trailing leg of Ben Mee inside the area.